Just after over two months the extradition to India was ordered by UK Home Secretary Priti Patel, Nirav Modi’s extradition plea has been rejected by the UK High Court, concerning the 2 billion dollars scam with the Punjab National Bank

It was confirmed by a high court official that the appeal was rejected “on paper”, which means that Nirav Modi and his lawyers have a chance to make a case at an oral hearing in the High Court with a new “leave to appeal” petition for a judge to decide if it can continue to a full appeal hearing. 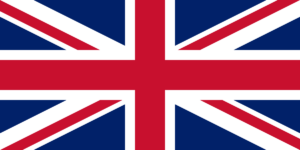 As per legal guidelines, Nirav Modi has 5 days to file the appeal and it is understood that he is planning to appeal, if the petition is filed it will be registered before a judge for hearing in the High Court.

The Crown Prosecution Service (CPS), who appear in the court on behalf of the Government of India, has claimed that they would contest any appeal filed by Nirav Modi and his lawyers.

At present Nirav Modi is at the Wandsworth Prison, ever since his arrest in May 2019.