Union Budget 2021 Live Streaming from Parliament, Live Budget News, Union Budget 2021-22 Live Updates: FM Nirmala Sitharaman is presenting her first paperless union budget and has announced a slew of measures on healthcare and infrastructure to give an impetus to the Covid-hit economy. 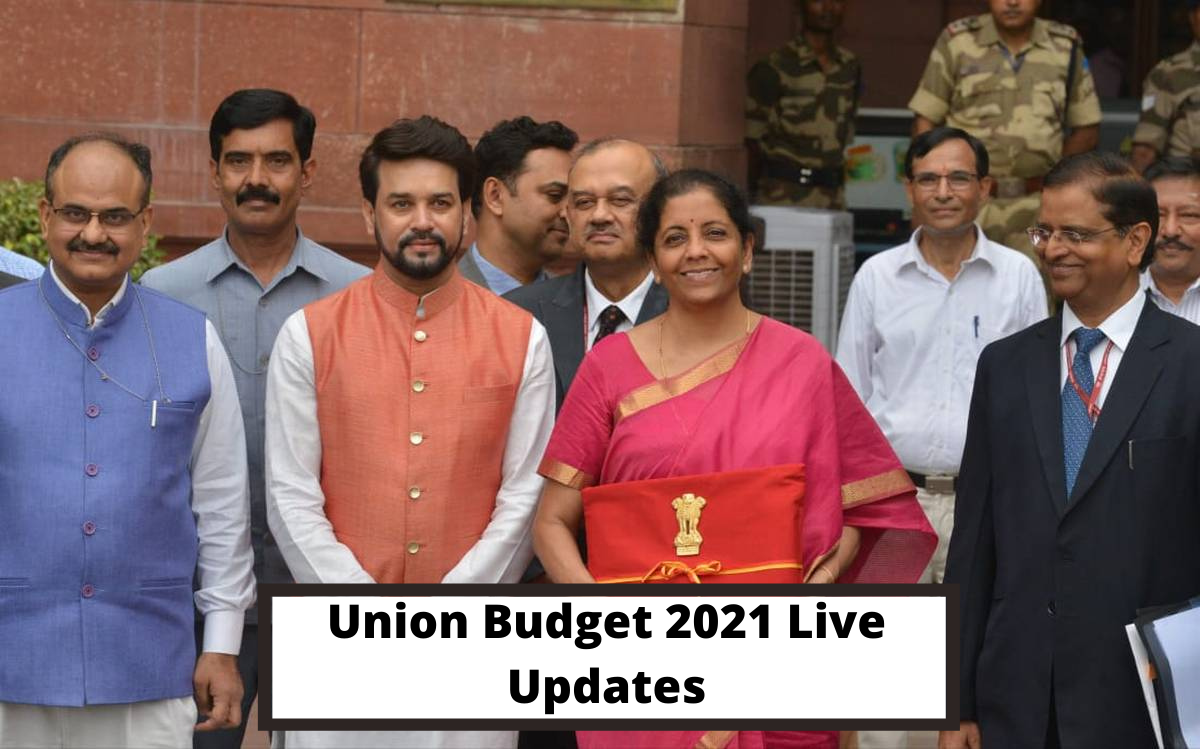 In her Union Budget 2021-22 speech, In the Union Budget 2021-22, FM Nirmala Sitharaman has announced FDI limit in insurance increase to be increased to 74% from now existing 49%. Govt has allowed foreign ownership in insurance with safeguards. The govt will also launch a Securities Market Code which will include SEBI Act, Govt Sec act, Depositories Act. SEBI will be notified as regulator for a gold exchange. FM said that the govt is proposing to strategically divest 2 PSU banks and 1 general insurance company. In 2021-22, the would also bring the IPO of LIC for which it will be bringing the requisite amendments in this session itself, she said. The govt will now also incentivize one-person companies. she added that the NCLT system will be strengthened, e-Courts will be adopted and alternate mechanism of debt resolution will be set up. She also announced decriminalisation of LLP Act.

Speaking on the farmers issue, FM Nirmala Sitharaman said that the Modi Govt is committed to the welfare of farmers. The MSP regime has undergone a change to assure price that is at least 1.5 times the cost of production across all commodities, she said. Rs 75,060 crore is paid to farmers for wheat procurement in 2020-21, she added.

FM Nirmala Sitharaman has also announced measures under Aatmanirbhar Package. She said the early PM garib Kalyan Yojana amounted to almost presenting 5 “mini budgets” in 2020. She proposed strengthening of ‘Sankalp of Aatmanirbhar Bharat’. Focus on 6 pillars, which include – Health & Well-being, Inclusive Development, Human Capital, Innovation and R&D. FM added that the govt is fully prepared to support and facilitate economic growth and they are introducing Aatmanirbhar Swastha Bharat Yojana with an outlay of Rs 64,180 crore. FM said that, today India has two vaccines available and has begun safeguarding not only her own citizens against COVID-19 but also those of 100 or more countries. It has added comfort to know that two more vaccines are also expected soon.

FM announced that Jal Jeevan Mission Urban will be launched with and outlay of ₹ 2.87 lakh crore over 5 years which is aimed at universal water supply in all 4,378 urban local bodies, with 2.86 crore household tap connections and liquid waste management in 500 AMRUT cities. She also announced Urban Swachh Bharat Mission 2.0 with outlay of ₹ 1,41,678 crore over 5 years from 2021 focused on complete fecal sludge management, waste water treatment, source segregation, management of waste from urban construction, bioremediation of legacy dump sites. Announcing major infrastructure boost, FM announced highway works in various states including 3,500 km corridor in Tamil Nadu, 1,100 km in Kerala at investment of Rs 65,000 crore, 675 km in West Bengal at a cost of Rs 95,000 crore and 1,300 km in Assam in the next 3 years. In May 2020, Govt announced the Atmanirbhar Bharat package, to sustain the recovery further we also rolled out two more Atmanirbhar packages. Total financial impact of all packages including measures taken by RBI was estimated to be about Rs 27.1 lakh crores, Sitharaman added.

For Railways Budget, the FM announced that Indian Railways will have a National Rail Plan for upto 2030. For aviation sector, FM said that the next lot of airports will be privatized in tier 2 and 3 towns and cities. FM said that in FY22 outlay (budget estimate) for health & well-being is up 138%, and is at Rs 2,23,846 crore. Govt has also allocated Rs 35,400 crore towards COVID vaccines for FY22 and is committed to more if required. She said Modi govt is committed to achieving targets laid out under the national infrastructure pipeline. Ujjwala scheme will be expanded to over 1 crore more beneficiaries. We will add 100 more districts in the next three years to the city gas distribution network. A gas pipeline project will be taken up in Jammu and Kashmir, FM said.

The Economic Survey 2020, presented by FM Nirmala Sitharaman on Friday pegged the GDP growth at 11 per cent in FY22. Stay tuned for Budget 2021 LIVE updates with Financial Express Online: