According to Aditya Puri, Managing Director, HDFC Bank, the inquiry into the vehicle loan business in HDFC has brought out some major personal misconduct issues and the employees at fault had to deal with appropriate disciplinary actions. 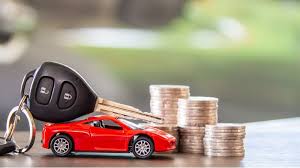 HDFC declared the financial results of the first quarter of FY21 and Puri spoke to the analysts about it.

As Puri stated, the inquiry brought out some major complaints, but these personal misconduct in no way brought out any conflicts of interest, nor did they affect the HDFC vehicle loan portfolio. Disciplinary actions against the respective employees were immediately taken up.

Ashok Khanna, head of the vehicle loan segment, HDFC, had also been a part of the enquiry until the end of his work tenure, 31st March 2020. He retired after, according to the original terms of employment. Khanna was denied another extension after receiving two extensions after he superannuated.

Khanna’s exit was linked to a conflict of interest in the purchase of Global Positioning Systems for the vehicles for which the bank provided loans, as well as an internal audit of the bank’s vehicle loans.

As the HDFC spokesperson stated, HDFC has a quick and strict policy to deal with any complaints or conflicts of interest and take appropriate actions so that the work environment is not compromised. This process of dealing with internal complaints and mismanagement issues is guided by the bank’s policy. This has helped the bank to continuously maintain high standards of governance.

The bank had also started with the process of searching for a successor to Puri and revealed that the potential successor had already been associated with the bank for the last 25 years. Egon Zehnder had been hired as a part of the search for assistance and Puri was an advisor to the search committee.