NPS Fund can be completely withdrawn without an annuity

Pension regulator PFRDA has allowed NPS subscribers with an accumulated pension wealth equal to or less than a sum of Rs 5 lakh, to withdraw the entire accumulated pension wealth without purchasing an annuity. It also stated that upon such exercise of this option, the right of such subscriber to receive any pension or other amount under the National Pension System or from the government or employer, shall extinguish, The PFRDA made these changes under the PFRDA Amendment Act published in the Gazette of India. 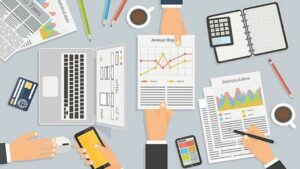 Currently, NPS subscribers can withdraw up to Rs 2 lakh from their NPS account. Beyond this limit, the pensioners can withdraw 60% of the contributions. At least 40% of the contributions have to be mandatorily parked in government-approved annuities. The new regulations allow for increased investments and better returns, given that annuities are known to deliver returns on the lower end of the scale, with the current range being merely around 5-5.5%.

Meanwhile, PFRDA has also permitted Points of Purchase (POPs) to process the exit/withdrawal applications of NPS subscribers based on soft copies. However, they will have to ensure that the regulations on processing exits are complied with. The NPS withdrawal relaxation is permitted till 30th June 2021 at which time the ‘online paperless exit process’ based on OTP/ e-sign is expected to be rolled out by CRA for the benefit of NPS subscribers.