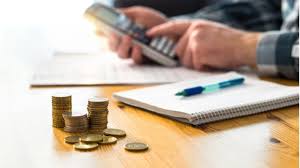 Within days of government promising more funds to PSU banks, state-run lenders PNB and OBC decided to reduce the rate of interest on the car and consumer durable loans by up to 2.50 percent to push sales during festival season.

Oriental Bank of Commerce agreed to lessen the rate of interest on consumer durable and commercial vehicle loans by 0.25 percent.  The rate of interest offered by OBC on Auto Loan has been deducted to 12% from 12.25%. Personal loan and consumer durables loans now stand at 12.50% for government employees, while, for other employees, it has been reduced to 13.50%. The new rates will come into effect from October 10.

IDBI Bank has decided to reduce the interest rates on both Home and Auto Loan. The bank will be offering home and auto loans at base rates, which is the minimum limit. This offer will come into effect from October 9.

Punjab National Bank (PNB) has decreased interest rates on car, two-wheeler, housing, personal and consumer durable loans. Interest rates on a car loan have been reduced by over 1.65 percent on a fixed basis. Similarly, for a two-wheeler, the rate of interest has been slashed to 12.25 percent while the rate of interest on Personal Loans for purchase of consumer durables has been reduced to 12.75 percent on a fixed basis.

State Bank of India (SBI), the country’s largest lender, said that it will decrease lending rates in some segments such as auto loans following regulations from the government. SBI may reduce rates for auto loans but not for Home Loans.

The government had decided to grant extra funds to the public sector banks to enable them to extend more credit to auto and consumer durables areas to increase demand and combat slowdown.