The Reserve Bank of India (RBI) has forewarned to take action against private sector lender Yes Bank for making a confidential report of RAR public through a press release that the RBI’s report found no divergence in bad loans or provisioning for the year 2017-18.

Earlier this week Yes Bank made ‘zero divergence disclosure’ citing RBI’s Risk Assessment Report (RAR). They said that the RAR report did not found any divergences. As a result on the very next day, the share prices of YES bank surged by 31%.
“Due to the fact that the RAR report was marked ‘confidential’ it was expected that no part of the report and information contained therein should be divulged except for the information in the form and manner of disclosure prescribed by regulations,” RBI told Yes Bank in a communication.
Therefore, the press release done by the YES Bank violates regulatory guidelines and breaches confidentiality. Moreover, RBI aid zero divergences should not be considered as an achievement to be published and are only compliant with the extant Income Recognition and Asset Classification norms.
The RBI also said, adding to the report also has several other lapses and regulatory breaches in different areas of the bank’s functioning, and the disclosure of just one part of the RAR is viewed by RBI as a knowing attempt to mislead the public.
“The issuance of the press release has, therefore, been viewed seriously by the RBI and could entail further regulatory action,” the central bank added. 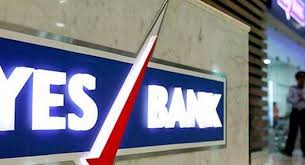 Special Note: An individual must examine the whole EMI amount payable to the lender with the Personal loan EMI calculator.