In Himachal Pradesh Gramin Bank, all type of Pensioners is eligible who have their pension account with any of the bank branches.

For Family Pensioners (including Defense Pensioners):

Document Required For Loans For Pensioners

Depending on the loan size, tenure, and other factors, various documents are needed. The generic documents required for the loan, however, are:

For Family Pensioners (including Defense Pensioners) : 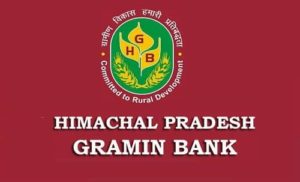 ✅ Without an assurance or security, will you get a pension loan?

At Himachal Pradesh Gramin, 9 preferred government employees with a net sum equal to or greater than the loan amount are expected to guarantee the guarantee of a spouse or family member or against earning children or a third party guarantee.

A limit of 60 EMIs is set for Repayment of the loan at Himachal Pradesh Gramin. If the pensioner’s age is over 75 years, the EMIs are set at 24. Repayment amounts should be set in such a way that the structured limit of 50 per cent of the monthly net pension should not be surpassed.

✅ How do you get a pension loan from the Himachal Pradesh Gramin Bank?