When it comes to bikes boys go mad, for them having the bike of their dream is having dream come true. In a country like India, most of the people come from the middle class, and for them, the British bike makers announce that they will gonna release Triumph manufacturing 250cc motorcycle fir people of India.it is a possibility that this comes into the market in the year 2015.

In the current outlook, when sales have slid down in its traditional markets like Europe and North America, the country’s low displacement motorcycles are the need of the hour for most global two-wheeler manufacturers. Italian motorcycle manufacturer, Ducati started this trend with the Monster 795.  This motorcycle has been specifically developed and targeted at the Asian market. KTM spread this philosophy with the Duke 200 and the 390. Recently, Harley-Davidson revealed the Street 750 and 500 which would be built at its Indian plant. 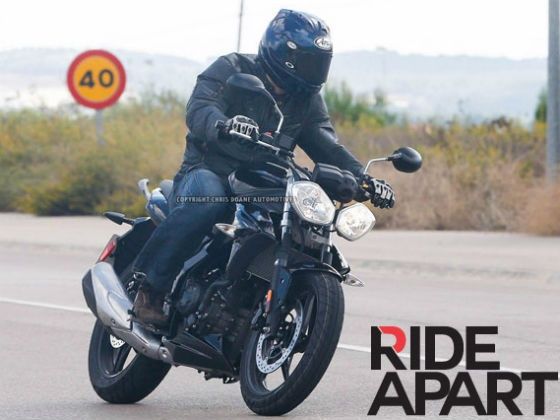 Triumph Motorcycle has become the latest upcoming to join this bandwagon. The company has declared that it will develop a 250cc motorcycle for the global market. The new motorcycle would be made at its Narsapura plant, on the outskirts of Bangalore. The company had also unveiled plans to launch this motorcycle on November 28.  It also announced that the bike will be featuring a sporty design. The bike will be powered by a single-cylinder 250cc engine. No further details have been disclosed by Triumph except that the bike would be put on sale in 2015.