This scheme significantly boosts the pro-farmers’ initiatives and keeps the Government’s dedication to Annadata. This will also help protect the farmers’ income, which is expected to go a long way towards the welfare of the farmers. The Government of India has already increased the MSP of the Kharif crops by following the principle of 1.5 times the cost of production. It is also expected that the increase in MSP would be translated to farmers’ income by way of a robust procurement mechanism.

The scheme focuses on ensuring a fair price for the farmers and their products and it will also help to improve the income of the farmers. 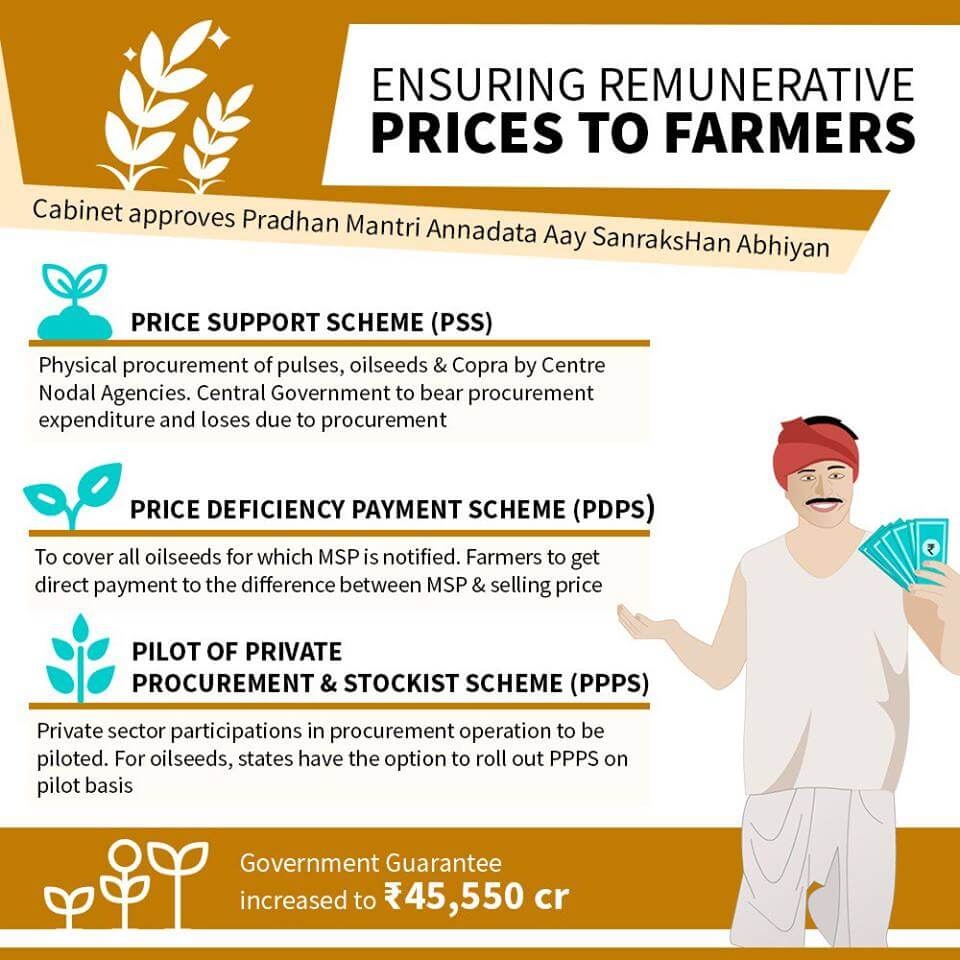 The components of this Pradhan Mantri Annadata Aay Sanrakshan Abhiyan (PM AASHA) scheme are mentioned below:

As per the government schemes, the Pradhan Mantri Annadata Aay SanraksHan Abhiyan (PM AASHA) scheme has its share of challenges too and they are mentioned as under:

The Indian Government is committed to releasing the vision of doubling the incomes of farmers by the year 2022. The emphasis was laid on enhancing productivity, reducing the cultivation cost and also strengthening the post-harvesting management, including the market structure. There are several market reforms that have been initiated, including the Livestock Marketing Act, 2017, Model Agricultural Produce and Model Contract Farming and Services Act, 2018. Most of the states in India have taken steps to adopt these initiatives through legislation.

The various efforts are on for a new market architecture in order to ensure that the farmers get remunerative prices on their produce under this scheme Pradhan Mantri Annadata Aay Sanrakshan Abhiyan (PM AASHA). These are as under:

✅ When was the scheme launched?

The scheme was launched in September 2018, as an attempt to ensure that the farmers growing oilseeds, pulses, etc. get better prices for their crops.

✅ What is the minimum support price?

The minimum support prices are a guaranteed price for their produce from the Government for Pradhan Mantri Annadata Aay Sanrakshan Abhiyan (PM AASHA).