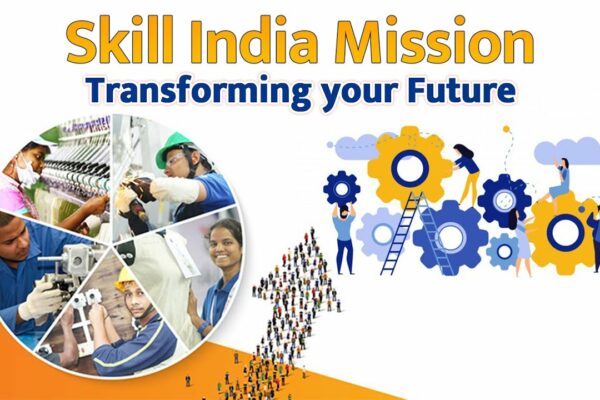 Skill India Mission is a government initiative that was established in 2015. It is an umbrella plan that encompasses a variety of skilling schemes and programmes. The primary goal is to provide the country’s young with appropriate skill sets that will allow them to work in relevant industries and enhance productivity. Cabral and Dhar (2019) conducted a recent systematic literature review that identified the significance of skill development. Implementing such schemes mitigates poverty, utilizes demographic dividend, socio-economic empowerment of underprivileged sectors, achieves economic growth, reduces social challenges, and promotes financial inclusion.

In terms of institutional mechanisms, the National Skill Development Corporation (NSDC), the Ministry of Skill Development and Entrepreneurship, and Prime Minister Kaushal Vikas Yojana (PMKVY) have yielded significant benefits but not the desired ones. On February 12, 2016, Oracle announced that it would develop a new 2.8 million-square-foot campus in Bengaluru, India, which will be the company’s most significant outside of its headquarters in Redwood Shores, California. In addition, Oracle Academy will extend its collaborations to 2,700 institutions in India, up from 1,800 now, to teach more than 500,000 students each year in computer science skills.

Objectives of the Skill India Mission

The Skill India Mission’s primary goal is to deliver market-relevant skills training to more than 40 crore young people by 2022.

The Skill India Mission has numerous elements that set it apart from past skill development initiatives.

According to a 2014 study, India’s officially skilled workforce is only 2%. Furthermore, there is a significant problem with employability among the country’s educated workers. Youth struggle to adapt to changing market demands and technology due to a lack of vocational or professional skills. The high unemployment rate is attributable to both a failure to find work and a lack of competency and training.

✅ What are the two primary goals of the Skill India mission?

✅ Why was the Skill India mission established?

Skill India is a Government of India programme that aims to provide skill sets to the country’s young to make them more employable and productive in the workplace.