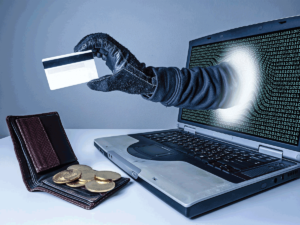 The dues of the company which is towards the electricity producers are increasing year by year and as a month-by-month for years and its showing stress within the power sector till the February month of this year. It’s started fizzling out from the March of 2021.

Total dues in may augmented consecutive compared with Rs 71,203 cr in April this year. The PRAAPTI portal was initiated in only May month of 2018 for the transparency check-in power purchase transactions between the generators and the Discoms also.

In May 2021, the full owed quantity, that wasn’t cleared even when forty-five days of grace amount offered by generators, stood at Rs 68,762 cr as against Rs 84,691 crores within the same month a year agone. The owed quantity stood at Rs63,050 cr in April this year. Power producers provide forty-five days to the company to pay bills for electricity offer.

The Centre had conjointly given some breathers to Discoms for paying dues to gencos visible of the COVID-19-induced imprisonment. the govt. had conjointly waived penal charges for late payment of dues.

Later, the liquidity infusion package was augmented with Rs 1.2 cr and more till Rs 1.35 cr. below the liquidity package, over Rs 80,000  cr has been disbursed. Discoms in Rajasthan, state, Jammu & Cashmere, Telangana, Andhra Pradesh, Karnataka, geographic area, Jharkhand and state account for the key portion of dues to gencos, the information showed.

Overdue of freelance power producers amounted to 35.86 per cent of the full owed of Rs 68,762 cr of the company in May 2021. The proportion of central PSU gencos within the owed was only 47.59 per cent.

Among non-public generators, the company owes the very bestowed of Rs 17,338.48 cr to Adani Power followed by SEMB (Sembcorp) at Rs a pair of,420.53 crores, IL&FS state light company with a pair of,004.53 crores, Jindal Steel and Power at Rs one,659.61cr and Bajaj Group-owned Lalitpur Power Generation Company at Rs one,608.10 cr and within the month below review.