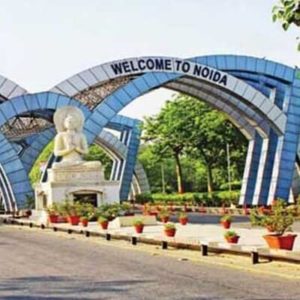 The deal was inked in the presence of UP CM Yogi Adityanath by NIAL CEO Arun Vir Singh and Zurich Airport International’s 100 per cent subsidiary Yamuna International Airport Pvt Ltd (YIAPL) CEO Christoph Schnellmann. According to a news report, the YIAPL has been formed to develop the Noida International Airport in Jewar, around 70 kilometres from the main Delhi region.

The arrangement gives NIAL a golden share in YIAPL as well as the ability to designate two directors to the board. NIAL CEO Arun Vir Singh and UP Civil Aviation Director Vishak Iyer are the two new board members.

The agreement also specifies that the state government will build and continuously enhance surface access to the airport, as well as establish and extend services such as water, power, and wastewater that are required to run the airport.

Apart from that, the UP government would assist the organisations in maintaining law and order, including airport monitoring, as well as granting necessary approvals.

Speaking on the occasion, CM Adityanath stated that the Noida International Airport would become the model for a “modern, world-class” airport in India, adding that it would not only lead to job creation in the state, but would also accelerate industrial infrastructure development, promote exports, boost tourism, and ease air traffic.

He also emphasised that the state’s civil aviation sector has witnessed substantial progress in the last four years, stating that in 2017, only four airports operated in UP, with Lucknow and Varanasi operating on a regular basis and Agra and Gorakhpur seeing infrequent flights.

However, the state now has eight completely operational airports, he said, adding that the number of destinations served by all four airports in 2017 was 25, which has already nearly tripled.

Last month, YIAPL announced that it has acquired a Rs 3,725 crore loan from the State Bank of India to aid in the development of Noida International Airport.

Soon after winning the bid for the airport’s expansion in November 2019, Zurich Airport International stated that after the first phase of construction was done, it will be able to handle 1.2 crore passengers annually. The airport is expected to cost Rs 29,560 crore to build, according to the article.