A study indicates that the Covid-19 vaccination could cause a spike in blood sugar levels.

Covid-19 vaccination could cause a spike in blood sugar levels: A study

The Covid-19 vaccine can cause a spike in blood sugar levels, particularly in diabetics. A private hospital, Fortis C-Doc Centre of Excellence for Diabetes, Metabolic Diseases, and Endocrinology, said it has lately seen 7-8 such cases, including a 58-year-old woman who had been a known case of type-II diabetes for the past 20 years. 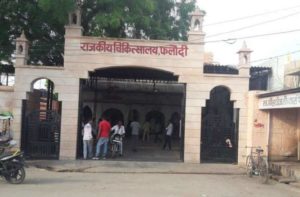 Her first dose of Covishield was given on March 4, according to a case report published by the hospital in the medical journal Diabetes and Metabolic Syndrome. “The blood glucose levels were under control because of regular meds and diet prior to vaccination. However, the readings remained elevated for almost a month afterwards, necessitating an increase in the anti-diabetic medicine metformin,” said Dr Anoop Misra the chairman of Fortis C-Doc.

On January 18, another patient, a 64-year-old man, received his first dose of Covishield without incident. His blood pressure went from 130/80 mm Hg to 160/90 mm Hg at the end of the day, according to the case report published in the journal. “For a few hours, he also felt tachycardia, palpitations, and perspiration.

Fatigue, chills, headache, fever, and flu-like symptoms are some of the most common side effects observed with Covishield. Abdominal pain, swollen lymph nodes, itchy skin, and rash were among the less prevalent symptoms.

Increased blood pressure or variations in blood glucose levels in diabetic or non-diabetic persons, according to the hospital’s doctors, were not reported in the vaccine study data. Before receiving the vaccine, all three individuals demonstrated outstanding adherence to diet and exercise, as well as long-term glycemic control.

All other reasons for blood glucose increase were ruled out in these patients. Overall, immunizations appear to be a likely cause of a rapid rise in blood glucose levels,” they said in the journal article.

Fortunately, Dr Misra added, the spike in blood sugar levels was self-limiting in all of these individuals and did not necessitate any therapy modifications. “However, patients with a history of diabetes should be aware of any rapid changes in blood sugar or blood pressure. Any potential issue can be avoided with proper monitoring,” he noted.