Foreign currency debt of JBF Petrochemicals to be auctioned off

JBF Petrochemicals to be auctioned off 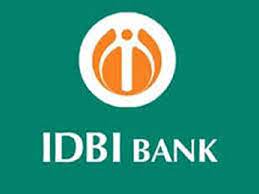 EXIM Bank, Bank of Baroda, Indian Overseas Bank and Union Bank of India are the other lenders involved. The e-auction is scheduled to be held on August 2 so interested bidders must submit their expression of interest whatever non-disclosure agreement by July 15.

JBF Petrochemicals had ₹ 498 crores payable to EXIM Bank, ₹ 250 crores to Union Bank of India, ₹ 416 crores each to Indian Overseas Bank and Bank of Baroda and had ₹ 1876 crores overdue at IDBI Bank.

Under regulatory guidelines issued by the Reserve Bank of India, BOB Capital Markets has been mandated by the lenders to seek EoI for sale. The banks have come up with an eligibility criterion for the bidders to acquire the ECB and the FCTL exposures.

The bidders are required to adhere to the regulatory framework for external commercial borrowings in India if they wish to acquire the ECB loans. Banks, non-banking finance companies, asset reconstruction companies and other entities authorized by the Reserve Bank of India are eligible for acquiring the FCTL.