Gold prices maintaining their value as the focus

As the investors wait to see where Gold’s next movement would be, they turn to US Jobs data for this. Investors are trying to stay on the safer side and not making any big bets as the prices that are stable as of now are likely to change after the expectations that US Jobs data could shake the Federal Reserve Money policy position. 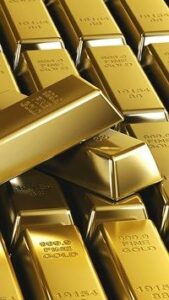 The dollar also was three months high and thus it made the precious metal more expensive for investors of other countries. Data showed that a reduced number of Americans had filed for unemployment claims last week.

The US House of Representatives approved a water infrastructure surface transport bill which had a budget of around $715 billion. The project is estimated to be completed by September. One of the worst-hit countries is Bolivia who’s economy declined the lowest in almost the last 50 years!