It was reported that a woman who worked as an education counselor was tricked by being sent a link that asks her credit card details. However when she refused to share the details the call was immediately disconnected. Even in the times of Pandemic cyber crimes are increasing on a large scale. 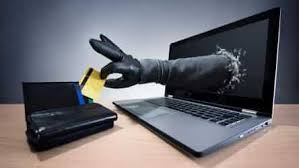 Recently a 28-year-old woman in Mumbai was cheated and she lost her Rs.30,000. She was being called by a man who claimed to be the branch Bank Manager. It was surprising that the culprits also knew the details of a complaint that was filed by the victim in the past. She had a private sector bank account. She received a call to collect her credit card, which was not even requested by her.

Rs,590 was debited from her account. She filed a complaint immediately and sought a refund. She got a call again from a man named himself Ashutosh Mishra who claimed himself as the regional manager. Mishra had informed that he is calling in order to refund the amount of Rs.590 for which her complaint was filed on. However, it was realized later that the call was necessary in order to get a refund.