Prior to a meeting with oil producers organisation OPEC, India stated that oil prices need to “sober up” a bit. Oil Minister Dharmendra Pradhan said India is a price-sensitive market and it will buy oil wherever it gets bearable rates. 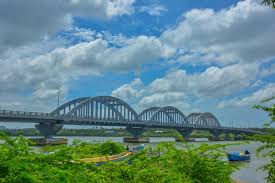 There has been a spiking trend in petrol and diesel retail prices in India. Rates hit a record high of Rs.100/- per litre in at least a dozen states and some union territories, while diesel also hit the same rate in some states. Mr Pradhan stated that the prices are challenging, due to which he met with OPECSecretary-General a few weeks back.

Allies like OPEC and Russia are set to meet on July 1. Expectations are that they may agree to raise production, short of the expected deficit between global oil demand and supply.

International oil prices have risen past USD 75 per barrel recently. Tensions escalated when Saudi Arabia’s energy minister Prince Abdulaziz bin Salman, in March, responded to Pradhan’s repeated pleas by saying India should tap into its reserves of crude oil that it cheaply procured in the 2020 market crash. Pradhan termed the statement as an “undiplomatic response”.

India is the world’s third-largest consumer of crude and OPEC nations have traditionally been its major oil source. But OPEC’s share in India’s oil imports has dropped to about 60 per cent in May. Saudi has but now somewhat patched up with Idia by sending medical supplies during the second wave.

When asked if India will buy from Iran if sanctions are lifted, Pradhan said India is a price-sensitive market and will opt for markets that offer the best prices. He predicts fuel need to return to normal by the end of 2021.