As per World Investment Report 2021 by UNCTAD (United Nations Conference on Trade and Development), the global FDI flow is massively influenced by the pandemic crisis prevailing throughout the world. Though the economic condition of India was not up to the mark after the second wave of COVID-19; it gradually started to endure all of this and received 64 billion US dollars in Foreign Direct Investment which was 27% higher than that of 2019. They presently hold the title of the fifth-largest recipient of inflows in the globe as per the U.N Report. 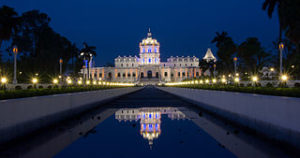 Maharashtra, the automobile manufacturing hub, is most affected due to the Covid-19 outbreak as it was the prime investment destination in Greenfield projects. As per the report, the investments and undertakings  in the ICT industry is growing and the reason is the market size of India that captivates market striving investments. India’s Production Linkage Incentive Scheme, is developed in such a manner that it fascinates the manufacturing and export oriented investments and most automotive and electronics manufacturing companies. In 2021, it is predicted that India will be in a stable state with the support of the Free Trade Agreement and strong investments made in Africa.