A community of fintech start-ups is supporting entrepreneurs and small and medium-sized enterprises (SMEs) across the country using a model that does not require promoters to dilute their stakes or provide collateral. This pattern, known as revenue-based financing, is rapidly gaining popularity in India. This model has been used by new-age companies such as GetVantage, Velocity Capital, Klub, and N+1 Capital to lend money to at least 300 start-ups in the current calendar year. 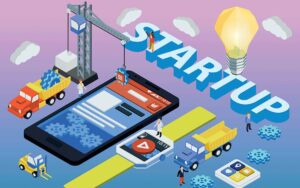 The lender finances the venture and charges a flat fee as interest under the revenue-based financing (RBF) model. The borrower repays both the principal and the interest portion in a mutually agreed-upon ratio by sharing profits with the lender. In other words, loan repayment is achieved by the business’s regular sales flow.

The market size of RBF in India is estimated by industry players to be $10 billion (roughly Rs 73,000 crore), which is a fraction of the $240 billion (Rs 17.5 lakh crore) credit gap for MSMEs calculated by Intellecap.

In addition, lending under this model is usually made to smaller projects that are unable to obtain bank financing or collect funds from venture capital or private equity players. In addition, the total loan amount is much lower in this model.

More significantly, firms specialising in RBF are willing to lend as little as Rs10 lakh up to a limit of Rs 2 crore. The loan’s interest rate is usually between 4% and 8%, depending on some factors.

Bhavik Vasa, Founder & CEO of GetVantage, one of the first Indian companies to introduce an RBF business model in India, stated that his company’s business volumes have more than tripled.

“In the last few months, nearly 50 companies have been funded by us spanning across 20 industries, and demand has increased to more than threefold if we just look at the last 6-8 months,” said Vasa, whose firm aims to invest 350 crores in financing nearly 300 businesses in the coming two years.

“The trend is picking up steam because RBF is ideal for smaller brands, family companies, or SMEs where access to growth capital is limited. It is also appropriate for entities from non-metropolitan areas where VC or PE players do not invest heavily. We also have a group project called ‘FoundersForFounders,’ in which we bring seasoned founders to act as a support mechanism for the next generation of entrepreneurs.” he added.

Surprisingly, access to RBF is easy since the major players in this market use a plethora of data analysis tools to dissect the company’s finances. Typically, the onboarding process begins with the prospective borrower sending a large amount of financial data, which is then analysed using automated software to determine the amount of lending.

Data such as sales, cash flows, operating margins, inventories, and logistics are all analysed entirely online and digitally.

“VC funding is not enough for most of the businesses. Thousands of successful online businesses are being developed in India, many of which will not become Unicorns. They all, however, need growth capital. We’ve had over 500 signups, with 200 coming in the last two months,” said Abhiroop Medhekar, Co-founder and CEO of Velocity, which began a successful RBF business in early 2020.

“We are seeing a 40% month-on-month increase in business volumes, with over a million dollars of financing processed per month,” added Medhekar, noting that it takes a week on average to complete the signup to disbursement process, which they are actively working to reduce to 48 hours.

In addition, the ongoing COVID-19 pandemic has been a blessing in disguise for RBF players, as many traditional small businesses, especially in non-metro areas, have been looking for growth capital to develop or expand their digital presence in order to reach their target audience.
RBF is an appealing avenue for many projects due to its quick disbursement – a VC or PE transaction could take 2-3 months to close – and the fact that owners maintain full ownership.

“In India, there are many rapidly growing companies that sell their goods online. They are all in need of growth capital, and RBF is an excellent match for them. We assume we have the ability to grow tenfold in the next decade.” Medhekar said.

Entities that provide revenue-based financing function similarly to a fintech marketplace, linking potential borrowers with those willing to invest. According to industry participants, the likelihood of bad debt is almost non-existent due to highly technologically oriented and advanced models used to analyse an entity’s efficiency and repayment capability.

“The latest collateral is live tracking. “The technology and platform advancement allows for real-time monitoring of the company during the tenure, allowing for successful course correction and thereby significantly lowering risk and NPA percentages as compared to conventional lenders,” Vasa explained.

Although revenue-based financing is still a relatively new segment in India, it is a massive market in the United States and Europe, with players such as Bigfoot Capital, Uncapped, Lighter Capital, Fleximize, and Decathlon Capital Partners among others.