The Kerala government has moved toward the Centre government to impose a moratorium on repayment of loans till December 31 so that the individuals in the unorganised sector may have some relief who were adversely affected by the lockdown due to covid.

Kerala government has asked for a moratorium of loans with no accrual of interest and punitive interest during the moratorium time period. 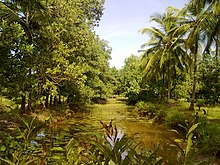 K N Balagopal, Kerela’s Finance Minister, in a letter to Union Finance Minister Nirmala Sitharaman, indicated that the consequences of the second wave have been much worse than the first, added lockdown has negatively affected the economic and social sectors all over the country.

“…it is felt that the weight and difficulty of repayment of the loans taken by individuals, mainly those in the unorganised sector, MSMEs and agriculturalists are overburdening, and these segments require some relaxation by way of a moratorium on the repayment of loans at minimum till December 31, 2021,” Balagopal said in a letter.

He said the state government has carried out all the necessary possible steps to lessen the sufferings of the people, particularly the susceptible sections. The Finance Minister pinpointed that the economy of Kerala has been under considerable stress since 2018 due to consecutive natural catastrophes including the heavy floods which thrashed the state wreaking devastation in most of the areas.

The outburst of COVID-19 in early 2020 furthermore worsened the tension on the economy, he added.