The National Bank for agriculture and rural development announced that it would finance a loan of 12767 crores from its resources to state cooperative banks and regional rural banks for lending to the farmers. The money is lent at 4.8% for a period of a year. 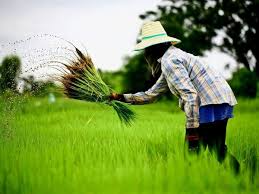 The announcement was done on Tuesday 5 May. “Amount of Rs 12,767 crore has been disbursed this week to StCBs and RRBs across the country in a bid to augment their resources during the ongoing lock-down conditions for extending credit to farmers,” NABARD said.

Reserve Bank of India offered a loan of ₹25000 crores to NABARD last month to refinancing regional rural banks (RRBs), cooperative banks and microfinance institutions (MFIs). The loan is yet to be disbursed by the development finance institute from RBI’s refinance window.

NABARD reported total loan disbursement of ₹30021 crores since the second half of March 2020. This attempt was to aid the rural banks in this nationwide lock-down scenario. Rural banks in a total of 15 States have received the NABARD  loan disbursement under the refinance scheme. These include banks in West Bengal, Tamil Nadu, Andhra Pradesh, Bihar, Chattisgarh, Telangana, Uttar Pradesh, Odisha, Madhya Pradesh, Kerela, Haryana, Karnataka