NTPC expects to install 60 GW of renewable energy capacity by 2032.

According to a source, State-run NTPC plans to include its NTPC Renewable Energy Co., Ltd. unit in 202-23 to raise funds to achieve its ambitious goal of reaching 60 GW of installed renewable energy capacity by 2032. 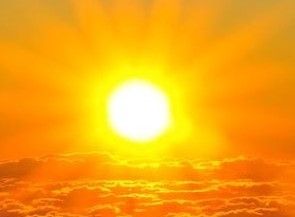 The total investment is 25 billion rupees. However, the source did not disclose the number of funds that the NTPC Renewable Energy Initial Public Offering (IPO) will raise but said that the company’s capital composition is about Rs 50 billion, and the remaining requirements are to be met through long-term loans, debt, bonds and other similar ways.

In October last year, the state-owned NTPC represented the same-named Renewable Energy Ltd and established a wholly-owned subsidiary responsible for its renewable energy business. Earlier this week, NTPC had expressed its intention to list NTPC Renewable Energy Ltd. Summit. The President and CEO Gurdeep Singh said: “We should not just focus on one way to raise funds. We want to go public to raise funds as soon as possible.”

Singh is talking about raising funds for its ambitious Renewable Energy (RE) target and stressing that the company will add 78 GW of renewable energy each year, which is not difficult.

According to sources, NTPC Renewable Energy Ltd will initially add approximately 4,000 MW of clean energy capacity within a year and will eventually expand the capacity to 7,000 MW to 8,000 MW during the 10-year period before 2032. As a result, Singh is confident that it will exceed its goal of achieving 60 GW of renewable energy by 2032.

The source further stated that since NTPC will not add any new fossil fuel power generation capacity in the future, it can easily achieve 60 GW of clean energy capacity by extending the funding year of 2.5 billion rupees in the next ten years.

It has become the first energy company in India to announce the goals of its energy pact as part of the United Nations High-Level Dialogue on Energy (HLDE). It expects to install 60 GW of renewable energy capacity by 2032. The country’s largest electricity producer also plans to reduce net energy intensity by 10% by 2032.