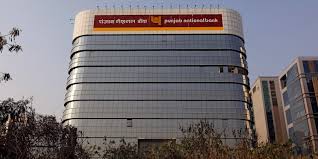 Punjab National Bank is one of the first banks in extending a moratorium to Non-Banking Finance Companies (NBFC) after the Reserve Bank of India cleared the doubts over the issue. The second-largest Public Sector Lender has also communicated to its NBFCs clients about extending the moratorium.

“PNB has sent emails to all NBFCs for expressing their desire to avail moratorium. We are taking a call based on that,” a senior executive at PNB told. Earlier, Banks were divided over the issue. While a few started offering moratorium from April starting. Also, the State Bank of India and several others were against it but SBI has convened a board meeting to review it.

RBI had conveyed to top lenders that even NBFCs including microfinance firms and housing finance companies are also eligible and are covered under  ‘borrowers’ for a moratorium.RBI also informed the banks that they could use their judgment in a bid to decide the eligibility of firms based on their credit and liquidity profile.

About 12 public sector lenders and 10 private sector banks had not extended a moratorium on payment to microfinance institutions, according to Sa-Dhan, an industry organization for MFIs.