PNB Housing Finance organizes an EGM for the Carlyle deal.

Even though the EGM was said to have ended earlier in the day, the meeting’s decision was not known until late at night. When contacted, the corporation stated that the meeting’s outcome would be announced through stock exchange filings. 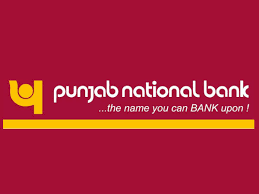 The Securities Appellate Tribunal (SAT) had set aside a Sebi ruling the day before, allowing PNB Housing Finance to organize its shareholder’s meeting on Tuesday to discuss the proposed Rs 4,000 crore investment in the mortgage firm by private equity firm Carlyle and others.

The SAT decision came after PNB Housing Finance filed a petition with the tribunal, requesting permission to proceed with the proposed EGM.

On June 18, the Securities and Exchange Board of India (Sebi) asked the company to hold the consideration of the capital infusion plan until the company’s shares are valued by a registered independent valuer. Sebi not only stopped PNB Housing Finance from voting on the plan but also ordered that the subject be brought before the company’s board of directors again, with a decision made based on the independent assessment.

PNB Housing Finance will award stocks worth Rs 4,000 crore to Carlyle and other companies as part of the planned arrangement, which will eventually result in Carlyle becoming a substantial stakeholder of the company.

PNB Housing Finance’s stock increased 4.99 per cent on Tuesday, closing at Rs 737.45 per share on the BSE. Following concerns raised in certain quarters, including by a proxy advisory firm, the planned deal has been inspected by Sebi and the Reserve Bank of India (RBI).

The total cash consideration for these securities will be around Rs 4,000 crore.

In addition to existing shareholders, the capital raise will include funds managed by Ares SSG and General Atlantic, as well as Salisbury Investments, Aditya Puri’s family investment firm, and Senior Advisor for Carlyle in Asia. Puri formerly served as the CEO and MD of HDFC Bank.

Carlyle Group’s stake in the mortgage company will increase to 50.16 per cent from 32.21 per cent if the purchase is completed, triggering an open offer.

Last week, Carlyle Group and other companies issued a ‘draught letter offer’ in connection with the open offer for the acquisition of nearly 7 crore equity shares in PNB Housing Finance, representing a 26% ownership.

Meanwhile, there have been reports of directors on the board of PNB Housing Finance having a conflict of interest since they have a direct or indirect relationship with Carlyle. SES, a proxy consulting firm, indicated earlier this month that the proposed deal was an “unfair transaction” that went against public shareholders as well as the promoter bank PNB, with a proposal to re-appoint two independent directors causing particular concerns.