The Commissioner of Metro Rail Safety(CMRS) has completed the first inspection of the Pune Metro project. The hope has risen that the project will operationalize its first two stretches before the end of the year. The project had already lost eight months due to the pandemic last year, Pune suffered from a pandemic in high numbers and labour migration was another problem they had to face. 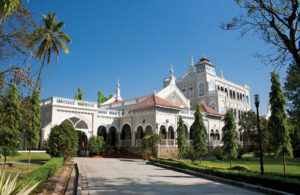 GM of MahaMetro Rail corporation said that It is an important milestone as CMRS is the one authorizing the opening of the metro corridor, though there will be many inspections before final certification.

Only 40-50% of labour was on the site for 3-4 months due to the covid-19 cases and this made an impact on the work, he added. But as the second wave ended, it has increased to 70-80%, which would ensure a pick-up of the project.

Two corridors will be constructed in the first phase of the project, Corridor-1 will be from Pimpri-Chinchwad Municipal Corporation to Swargate and Corridor-2 will be from Vanaz to Ramwadi(Total length of 33.2km).

Apart from these two corridors, a third line is to be built, It would be in public-private partnership mode as Pune Metropolitan Region Development Authority signed an agreement with TRIL Urban Transport, a subsidiary of TATA Realty and also with Siemens Project Ventures for the 23km line from Hinjewadi to Shivaji Nagar.

The start of the 8100 crore project work has been delayed due to land acquisition challenges.

The government announced earlier that all three lines would be operational by the year 2022, but this timeline is not likely to be met because of the issues caused by land acquisition and pandemics.

Central and state governments will provide 20% with each while PMC and PCMC will provide 5% with each to meet half of RS 11,420 crore expenditure on the phase 1 project. The remaining half will be raised through loans from EIB and Agence Francaise de Development(AFD). EIB approved 600mn euros while AFD 245mn.

Extension of further corridors and building new ones is important as the city has grown significantly since the first phase. Thus DPRs have been working for 123.5km of lines. The state has already approved the 82.5km line. Work on the 4.4km extension of Corridor-1 is likely to start first. An extension of line 3 to Hadapsar has also been indicated.