20,000 people and more who had invested their hard-earned money by depositing it in the Bengaluru-based Sri Guru Raghavendra Sahakara Bank have been on the lurch for over a year. This is because the Reserve Bank of India has restricted Raghavendra Bank from doing business. Even though they had promises to keep, many victims under the aegis of the Sri Guru Raghavendra Sahakara Bank Depositors forum started social media campaigns to ensure that the government takes remedial actions against this bank scam.

The Raghavendra Bank was also accused of irregular transactions. It was also accused of not following the rules that have been set by RBI, among the other issues, under investigation done by the RBI, the Enforcement Directorate, Anti Corruption Bureau, Criminal Investigation Department and the Bengaluru police, and former officials of the bank have also been arrested. However, in the midst of all this, it is the depositors, most of them who are senior citizens, who are finding it difficult to make ends meet. 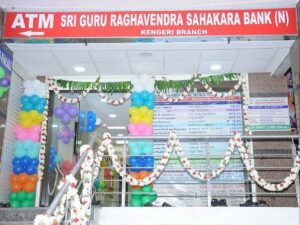 After the restriction had been imposed, the bank was allowing withdrawals of upto Rs. 35,000 only, which then was later increased to Rs. 1 lakhs. “The situation is terrible for most of us. More than 18 months have passed, and we senior citizens are mostly dependent on the interest of our savings put as fixed deposits in Raghavendra Bank. Many of us had put the lion’s share,

if not all our savings, in this bank as it was giving 10% interest, which no other bank was giving. And we trusted the bank because of the RBI rating for the past many others,”  Prasanna Madrakal, a depositor, told TNM. He also mentioned the difficulty that he faces of surviving in a place like Bengaluru with just Rs. 1 lakhs for 18 months and negligible income from other sources has been very difficult.

“Two months back, I lost my 38-year-old daughter due to prolonged illness. Although I had money in Raghavendra Bank, I had to take loans pleading with my wife’s valuables, with a heavy interest burden. Fortunately, during the crisis, few of my friends helped me,” he added.

This situation has made many senior citizens just like Prasanna lose their dignity, as they had no option but to go and request family and friends or get into debt at this age. All the senior citizens who have been victimised by this catastrophe blame the RBI and Registrar of Cooperative Societies for their predicament, as they were the ones who kept giving good ratings about Raghavendra Bank for years together and urging people to deposit or invest their money in it.