Scientist finds early virus sequences that had been strangely removed

Scientists find the early virus sequences that have been removed

Genetic sequences from more than 200 virus samples from early cases of COVID-19 in Wuhan, China, disappeared from an online scientific database almost a year ago.

A research scientist in Seattle reports that, by researching through files stored on Google Cloud, he has recovered 13 of those original sequences. 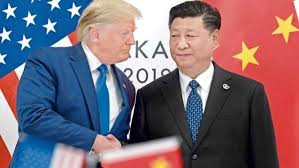 He has found important information to find out when and how the virus may have spilt over an animal, presumably a bat, into humans.

The new research that supports early suggestions that several coronaviruses may have been spreading in Wuhan before the starting outbreaks linked to animal and seafood markets in December 2019 was released on Tuesday.

The study conducted by the Biden administration to investigate the disputed origin of the virus neither strengthens nor weakens the hypothesis that the pathogen leaked out of a Wuhan lab. However, it raises questions over why original sequences were deleted and suggest that there may be more revelations to recover from the far corners of the internet.

This research has advanced the efforts to understand the origins of the Covid-19 virus. There is a possibility that the sequences were deleted to obscure their existence.