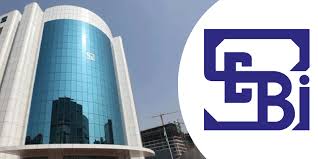 Franklin Templeton India has expressed an apology to SEBI for any misinterpretation regarding the recent closure of its India schemes.

SEBI guided Franklin Templeton on Thursday night to work on returning investor’s money after the fund house decided to six of its mutual funds related to debt schemes. These comments came from SEBI after CEO and President of Franklin Templeton, Jennifer Johnson blamed SEBI rule from 2019 for the eventual closing of its debt mutual funds.

It was observed that unlisted debt securities, particularly displayed securities in which only a single investor invested, suffered from both forms of opaqueness: first the opaqueness of structure and second, the true nature of risk on the one hand and lack of ongoing disclosure in respect of financials of the issuer on the other,” SEBI said.

The regular source said that to promote transparency and to safeguard the investor’s money. Further, an internal working group was constituted to, inter-alia, review prudential norms for Mutual Funds for investment in various debt and money market instruments. The analysis along with recommendations of the working groups was placed in a meeting of Mutual Fund Advisory Committee (MFAC) held in June 2019,” SEBI said.