“Tamil Nadu Government which has been newly elected could consider selling the assets of valuable listed companies.”- P Thiagarajan

Finance Minister P Thiagarajan said that under financial pressure, the newly appointed state government of Tamil Nadu could consider selling the assets of valuable listed companies. He criticized the federal government for imposing a fuel tax, saying the centre cannot impose conditions on states to reduce the fuel tax because its tax share has increased due to taxes and surcharges. Thiagarajan added that the new Chief Minister’s Advisory Group would provide real-time information to the economy. 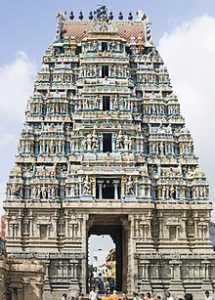 According to him, the second wave was 5-6 times the size of the first wave, but since the first wave was operating in the dark, the economic impact wasn’t too bad. The country went into a massive lockdown on four hours notice. It’s hard to imagine the extent of those containment ruins, and it certainly won’t be repeated. Second wave blockades are routine at some level or have little impact at the macroeconomic level.

Tamil Nadu is preparing for the third wave in various ways: strengthening sanitation infrastructure, storing medicines, securing many beds, oxygen, ICU beds, etc. On the economic side, the focus is on-demand and the bottom of the pyramid. Despite enormous financial difficulties, they have used around 1% of the GSDP for stimulus and containment. He said no one knows the possible scale of the third wave, but because of our efforts after the second wave, we will be better prepared to deal with it.

Federal government taxes on gasoline and diesel have increased significantly. So if they say that even if we cut the fuel tax, the states will raise interest rates, which is very dishonest at best and utterly unethical at worst.

“The Tamil Nadu government sees revenue leaking into TASMAC, tax on alcohol. We need to reduce the income gap caused by tax evasion. Our goal is to increase revenue to 10.5% GSDP and currently 6.2% GSDP. We will also study a reorganization of the state PSU, the State Electricity Commission, etc.,” he said.

“I think the advisory panel is a great gift for us. These people are people we value and respect very much. They have a good track record. They are not only known for their quality advice but also their compassion and focus on the right values ​​and the right things,” he added.

According to him, both Raghu (Raghuram Rajan) and Arvind are Tamil by birth and have Indian citizenship. Therefore, their desire to contribute was high. Fortunately, the state currently has a diverse view of fantastic talent with a contributing mind.