On Thursday, the Supreme Court sought a reply from the finance ministry on the waiver of interest on loans during the moratorium, after the RBI said it would not be advisable to go for a loan “forced waiver of interest” risking financial viability of the banks. The top court said there are two aspects under consideration in this matter — no interest payment on loans during the moratorium period and no interest to be charged on interest. 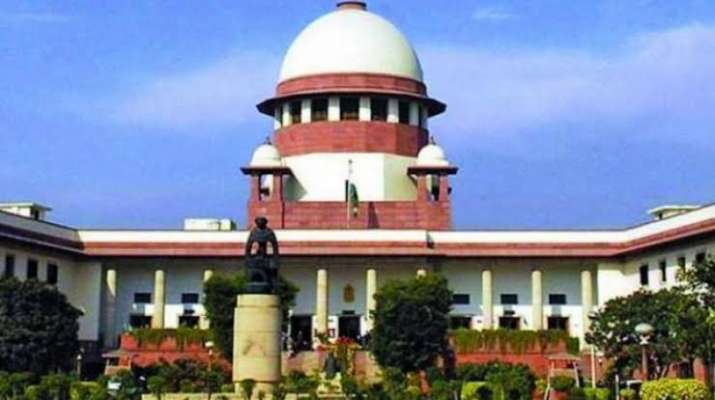 A bench of Justices Ashok Bhushan, Sanjay Kishan Kaul, and M R Shah said these are difficult times and it’s a serious issue as the moratorium is given on one hand and interest on loans, on the other hand, is paid.

The bench heard a plea lodged by Gajendra Sharma, seeking direction to declare the portion of RBI’s March 27 notification “as ultra vires to the extent that it charges interest on the amount of the loan during the moratorium period, which creates a hardship for the petitioner to be the borrower and creates obstacles and obstructions in the ‘right to life’ guaranteed by Article 21 of the Constitution.

Appearing for the Centre, Solicitor General Tushar Mehta said he would like to file the Finance Ministry ‘s reply on the issue and sought time.

Senior advocate Rajeev Dutta, appearing for petitioner Gajendra Sharma, said the cat is out of the bag now as RBI says bank profitability is paramount.
He referred to the apex court’s recent order in the matter of Air India on booking middle seats on non-scheduled flights to carry the stranded Indians from abroad. The court had said that there is no higher economic interest than the health of the people.

Dutta said that the RBI ‘s submission means that only banks are expected to earn a profit while the rest of the country goes down during the pandemic. He said the petitioner wished to file a rejoinder for the RBI ‘s reply.

Mehta said he will meet with the finance ministry and seek to find a solution to both the bench ‘s questions and file a response to them.
The court asked the Solicitor General to file the response by June 12 and allowed the petitioner and other parties to file rejoinder by then.

At the outset, the apex court took note of the fact that RBI’s reply was leaked to the media before the matter was taken up before the court. “Is RBI filing the reply first in media and then in court?”. Dutta said this was a move to sensationalize the issue. The bench said that it highly deprecates this practice and this should not happen again.

On May 26, the top court had asked the Center and RBI to respond to the moratorium-period plea challenging waiver of interest on loans. In its reply, the RBI told the high court that it took all practicable steps to provide relief in respect of debt repayments due to Covid-19 ‘s failure but it does not seem viable to consider it prudent to go for a “forced waiver of interest, risking the financial viability of the banks it is mandated to regulate, and putting the interests of the depositors in jeopardy”. In its reply, to the plea, the RBI said that the regulatory package is, in its essence, in the nature of a moratorium/deferment and “cannot be construed to be a waiver of interest”.

“While the Reserve Bank is taking all possible measures to provide relief to the realty sector with regard to debt repayments on account of the fallout of Covid-19, it is not appropriate to go for a forced waiver of interest, risking the financial viability of the banks it is mandated to regulate, and putting the interests of the depositors in jeopardy,” the Reserve Bank has said in its affidavit.

“It is submitted that the regulatory dispensations permitted by the Reserve Bank of India vide the aforesaid circulars dated March 27, 2020, which subsequently stood modified on April 17, 2020, and May 23, 2020, were with the objective of mitigating the burden of debt servicing on account of waiver of interest brought about by disruptions on account of Covid-19 pandemic and to ensure the continuity of viable businesses.”

“Therefore, the regulatory package is, in its essence, in the nature of a moratorium/deferment and cannot be construed to be a waiver of interest,” it has said.