The government foresees a cost of Rs. 36,000 crores if it offers a guarantee on the security receipts

The (IBA) Indian Bank’s Association estimates that the government may have to pay out not more than Rs 30,600 crore if it offers a guarantee on the security receipts (SRs) issued by the National Asset Reconstruction Company (NARCL) while acquiring bad loans from lenders. 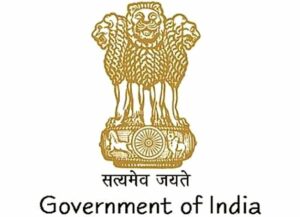 According to a banking expert, “The prospects of recovery from some write-off looks promising. So, government guarantees on SRs, subject to its approval, may not cost more than this amount. The IBA is working out details, and NARCL will be operationalized soon”.

The government is backing the set up of NARCL, and it wouldn’t charge the capital; instead, participating banks would put in the equity. Nevertheless, bankers expect the government to guarantee the SRs, making the resolution process more viable and attractive.

As reported earlier by financial services secretary Debasish Panda, banks would have the option to transfer several large stressed assets (of at least Rs 500 crore each) worth Rs 2.25 lakh crore to NARCL.

The IBA’s efforts to establish NARCL have zeroed in on five consultants to speed up the process. It has sought quotations from SBI Capital Markets and Oliver Wyman for advisory services, from E&Y for tax consultations, AZB & Partners for legal consultations, and AON Consulting for HR services.

NARCL plans to obtain stressed assets at net book value by offering 15% upfront cash and 85% in SRs. Once the bad loan is resolved, realization for the relevant bank would be in sync with its SR interest in that asset.

The IBA is working out an exit strategy for those accounts that remain unresolved even after five years.

Total Non-performing assets (NPAs), which were 101, banks have zeroed in on 22 accounts costing roughly Rs 89,000 crore for transfer to NARCL in the first phase.

The suggested asset management company, comprising professionals, will be set up within the broader NARCL structure to work out the toxic assets and take appropriate decisions, including selling them off to investors.