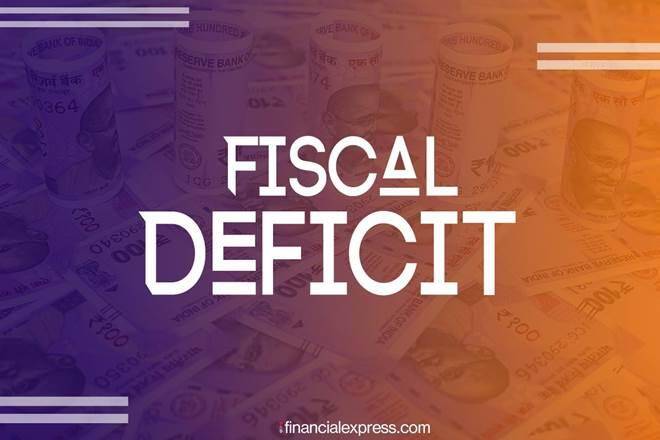 What do you mean by Fiscal Deficit?

The government describes fiscal deficit of India as “the excess of total disbursements from the Consolidated Fund of India, excluding repayment of the debt, over total receipts into the Fund (excluding the debt receipts) during a financial year”.

Sometimes, the governments spend on handouts and other assistance to the weak and vulnerable sections of the society such as the farmers and the poor. A high fiscal deficit can also be good for the economy if the money spent goes into the creation of productive assets like highways, roads, ports and airports that boost economic growth and result in job creation.

How is Fiscal Deficit met?

The Government is running at a mindset to achieve the yearly goal of 4.1% of GDP in Fiscal Deficit. However, the main concern is how the target would be met by the Union Government. It is apparent that the Government has already touched 99% of the full-year target. The Finance Ministry is likely to slash spending as well as seek higher dividends from the state companies. 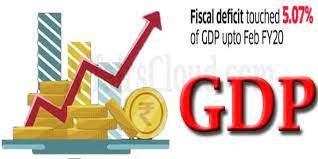 NEW DELHI: Beating its own financial target, the government has contained the fiscal deficit at 3.99 per cent of GDP in 2014-15 to Rs 5.01 lakh crore.

Fiscal deficit, gap between government’s expenditure and revenue, at 3.99 per cent of GDP is lower than the downwardly revised estimate of 4.1 per cent provided in the government’s first full Budget announced in February.
“As a result of prudent policies and commitment to fiscal consolidation, the fiscal deficit at the end of 2014-15, stands at Rs 5,01,880 crore which is 98 per cent of the projected figure in Revised Estimate for 2014-15,” the Finance Ministry had said in statement on May 17. 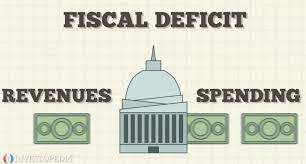 The ministry had said that “fiscal deficit as a percentage of GDP is 4 per cent as against revised estimates of 4.1 per cent for 2014-15”, but the GDP data had not been released at that time.
The fiscal deficit target was set at 4.1 per cent by the the UPA government, but Finance Minister Arun Jaitley had said he was taking it as a “challenge” to meet this ambitious and “daunting target” set up by his predecessor P Chidambaram.

The 3 per cent target would now be reached a year later than planned earlier.The lower fiscal deficit reduces the government’s expenditure on interest payment and unlocks funds for investments in social welfare programmes as well as infrastructure development. 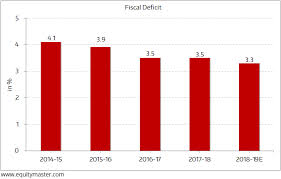