The festive season is around the corner, and despite low car loan rates, the car financiers are extra cautious about lending due to the expected moratorium-related Non-Performing Assets (NPAs).

Demand for car loans has not witnessed an increase even after a drop in the rates. 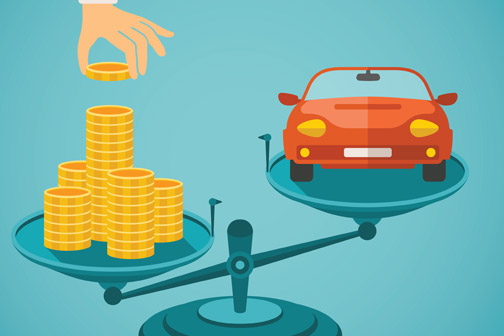 Following the adverse effects of the COVID-19 pandemic, there was a sharp decline in the automobile industry sales in the previous months, which had dropped by more than 70%. Instead, the sale of used cars is currently shooting up over time. Customers prefer simple passenger cars and two-wheelers more.

Car loan rates for luxury as well as used cars, have been significantly low over the past 12 months.

During festivities, grand schemes are usually introduced
by several financial organisations to attract more sales, but this year banks and other lending institutions are more careful due to the forecasted non-performing assets after the end moratorium period.

The Managing Director (MD) of Kotak Mahindra Prime, Mr Vyomesh Kapasi, stated the current rates in the market with car loan rates are down at 125 basis points year on year. Basis points can be calculated as 1% change is equivalent to 100 basis points. In other words, 100 basis points = 1% change in a financial instrument.

Mr Vyomesh Kapasi further stated that the ongoing interest rates are at an all-time low with sub-9% for all segments and sub-8% for luxury vehicles. Even the interest charges levied by the financial organisations for used cars have now come down to 12% – 12.5%.

M&M dealer Nikunj Sanghi of JS 4Wheel Motor said that during these festival seasons the financiers usually provide great offers but now there is very little. He also said that with the moratorium coming to an end, banks are trying to “optimise” their profits being and “extra cautious”. The only sops are on-road funding and 5-year tenure rather than the 3-year tenures.

Various car marketers say that NPAs have flooded the businesses and customers are making financiers and lenders reluctant to being aggressive. However, financial support is very critical during such time for demand revival.

Read: State-Run Banks to Get More Capital From The Government to Promote Lending.