Didn’t opt for the moratorium? The government may compensate you

In a complex and now extended debate over the viability and sustainability of the moratorium imposed by the Reserve Bank of India (RBI), the government has increased its efforts to provide benefits while ensuring fairness. 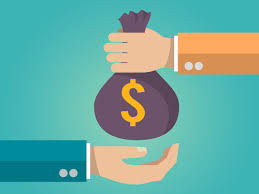 The Finance Ministry is in the process of finalising cashback and other benefits to borrowers who did not subscribe to the moratorium offer as announced by the Reserve Bank of India (RBI) in the pandemic imposed lockdown period.

Data suggests that while a large number of borrowers did avail benefits from this early-acknowledged scheme which was designed to benefit the finances of a large number of MSMEs (Micro, Small and Medium Enterprises) and individual borrowers, many by choice or due to lack of information or necessary skills continued paying their interests and instalments even during the period of the moratorium.

The Finance Ministry recognised the difference between these two sections and penalised those who paid their dues against those who couldn’t. This principle was on full display while members of the ministry considered distributing necessary compensation in the form of cash backs or other such schemes for such borrowers.

Recently the government has announced a waiver on the interest that had been accrued during the moratorium period on loan facilities. An upper cap limit of Rupees 2 crore has been set for the same.

This news may come as a relief to various individual borrowers as well as MSMEs (Micro, Small and Medium Enterprises). They demanded a level playing field and found it unjust to be penalised for paying their dues on time. It is a demonstration of a much broader debate surrounding farm loan waivers and other such financial welfare benefits that the state has often provided in the past as a part of its welfare project. It has often been criticised by the RBI as well as several experts as being unfair to the honest borrower who works hard to pay what he owes.

The lockdown has adversely affected all of us. The moratorium over the loan facilities as announced by the Reserve Bank of India (RBI) had been continued to a hefty and long six month period as a support to the people suddenly unemployed and lack of productive activity as a result of the pandemic induced lockdown.

In contrast, many people have benefitted due to the scheme over the said period it should also be noted that the benefits do not extend to an exemption from paying interest or EMIs and might even harm certain borrowers with piling up of interests in some way. Thus, many borrowers remain all to apprehensive as such an undertaking by the Finance Ministry would also require Supreme Court approval.

The logistics and policy of the scheme also remain a concern for many as the calculation itself remains rather complicated as many borrowers who did avail the moratorium only used it to delay their EMIs by a few days or so. But, the collection of such data poses a complex challenge on its own.

However, the Finance Ministry remains optimistic as estimates show that under the current consideration of the scheme’s paradigms, only 30-40% of the overall loans are eligible and should not exceed 5000-7000 crore rupees.

Given the state of the financial crisis and pending SC approval, absolute fear among the borrowers is understandable. The consideration of such issues shows signs of a more significant effort to distribute benefits equitably and reinvigorate the wheels of finances currently in the slowdown and is a promising sign on the whole.