Due to the financial crisis and the reduced loan-to-value rule, the Gold Loan Business may slow

Gold Loan Market slow due to the financial crisis

On Wednesday evening, Manappuram Finance NSE 1.36%  said in an investor presentation that it had auctioned gold worth Rs 404 crore during the January-March quarter (Q4FY21), compared to Rs 8 crore during the previous three quarters combined, raising questions among lenders about whether the Covid-induced stress was showing.

Although the jury is still out on this one, there are indicators that a gold loan may be losing some of its lusture after the RBI reduced the loan-to-value (LTV) ratio from 90% to 75% (which it had announced in August 2020). 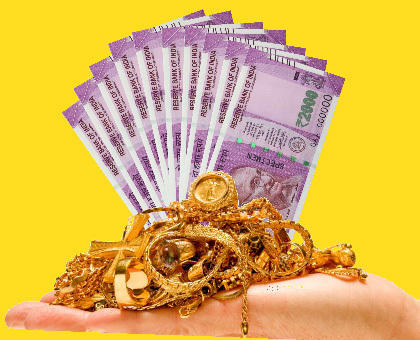 According to RBI data, the total value of gold loans outstanding at the end of FY21 was approximately Rs 60,500 crore, representing an increase of 82% annual growth. This growth rate may slow in financial year 22.

According to Manappuram Finance gold loan is the gold loan industry and its single gross non-performing assets (GNPAs) and net NPAs were both up by the end of Q4FY21 at approximately the same levels reported shortly after demonetisation in November 2016. However, it claims to have kept defaults with the GNPA to less than 2%.

According to experts, the distress in the gold loan sector may be seen at the lowest level in the market, mainly related to NBFC, but has nothing to do with the pressure initiated by the bank. “There was no significant increase in defaults in account records this quarter rather than previously.” Because of the moratorium quarter, there is a slight increment,” replied Shripad Jadhav, president and business head of tractor finance, crop credit, and gold loans at Kotak Mahindra Bank.

Financial stress is also causing people to sell gold to realise its total worth, rather than pledging it to obtain loans that are not more than 75% of its worth, down from 90% previously.