Acknowledging the graveness of the current situation, several experts have concluded that the banks may have to witness a further increase in the NPAs as the credit demand continues to fall. 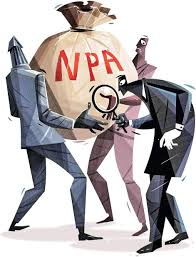 The rating agency, ICRA (Investment Information and Credit rating Agency) revised down its credit growth forecast for banks to 2-3 per cent for the current financial year. They said that the coronavirus pandemic-driven stress might leave 3.1-3.7 per cent of assets into bad loan’s list by March.

Earlier, it had forecasted a credit growth for banks at 6-7 per cent. The agency also expects GDP (Gross Domestic Product) to shrink by 11 per cent this fiscal from its previous anticipation of 9.5 per cent, as there’s no progress on the situation caused by the pandemic nor any developments on a vaccine.

These are the mains reason for the credit demand to fall to 2-3 per cent from 6-7 per cent earlier, it said during a report. The banks were allocated lesser capital due to the enormous revenue decline the government faced because of the lockdowns.

The agency expects further downfall of 3.1-3.7 per cent for 2020-21, which can mainly come from SMA1 and SMA2 accounts that were identified in March 2020, when it stood at 6 per cent. SMAs are Special Mention Accounts, a classification introduced by RBI (Reserve Bank of India) to identify at an early stage if an account turns into NPA (No-Performing Assets) any time soon.

Given the low credit demand, banks, especially the state-owned banks, don’t need any additional capital from the government, while the private banks are already well-equipped.

Considering the new loan restructuring norms as much more stringent and with fewer loopholes, the rating agency expects 5-8 per cent of outstanding loans to be restructured during this fiscal year. It also expects loan restructuring to be invoked by the end of December and implemented until June 2021.

However, it said that the stress among borrowers will only be visible from the third quarter of 2020-21 results and more magnified by the primary and second quarters of 2021-22.

On loan moratorium, the rating agency expects only 10-15 per cent borrowers to avail of complete moratorium after the month of September, which was earlier around 35 per cent.

On NBFCs (Non-banking Financial Companies)and HFCs (Housing Finance Companies), collection since April, when it had slipped to a coffee of 38 per cent for NBFCs and around 55 per cent for HFCs, an equivalent has improved to 70 per cent for the shadow banks and 81 per cent for mortgage players, indicating home equity credit companies are better at collections.

While 27 per cent of the Non-Banking Financial Company’s (NBFC) loans are under a full moratorium, it is only 17 per cent for HFCs (Housing Finance Companies) and 16 per cent for microfinance institutions.

Read: Didn’t opt for the moratorium? The government may compensate you.