Recently Punjab National Bank(PNB) and PNB Housing Finance have stepped into a new agreement. This brand agreement gives PNB the right to withdraw their brand name from the mortgage lender. PNB has an NSE of 1.40% and PNB housing finance has an NSE of 2.79%.

There might be a change in the holding pattern in the near future due to the revised brand agreement. As of now, PNB holds 33% of PNB housing.

The old brand agreement was on 7th December 2007. It has been a long time. It will continue to command over the use of the PNB trademark until the rise of the shareholdings of PNB in the housing finance more than 30%. There is a significant decrease in the shareholding of PNB. It has come below 30%. Due to this fall, the new agreement has replaced the old one on 24th May.

The housing finance company in a regular filing said that if there the sharing holding of PNB in mortgage lender falls below 20%, PNB would have the right to terminate the revised agreement. PNB Housing will be allowed to have a transition period of 24 months in which they can change their brand name in these kinds of cases. 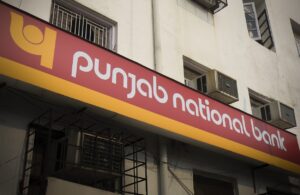 PNB had a plan to pervade six crore Indian rupees in the mortgage lender, but the Reserve Bank of India had declined their permission. So, there would be a dilution in the PNB’s shareholdings of the equities raised by the PNB Housing finance.

According to the fresh agreement, If the shareholding of PNB goes below 30%, then PNB housing will have to pay anything between 15 crores to 30 crores as royalty. It is called a royalty clause. The royalty clause would be the higher amount of 2% of the profit or 0.2% of their revenue.