SBI has invited bids for the sale of NPAs worth Rs 217 crore.

The largest lender in India, the State Bank of India (SBI), invited bids on Wednesday to sell two non-performing assets (NPAs) worth Rs 217 crore in cash. The NPA selling is significant because it comes when the National Asset Reconstruction Company (ARC) or the bad bank is taking shape. SBI has fixed a reserve price of Rs 42.5 crore for two accounts, representing an 80% haircut. Khar and Tarkunde Infrastructure and Heavy Metal and Tubes are the two accounts mainly.

According to reports, SBI plans to sell more N 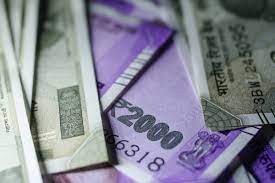 SBI posted a sale notice on Wednesday, stating that bidders will request expressions of interest until May 17, 2021. On June 6, 2021, the process of e-bidding for two NPA accounts will initiate. SBI has already specified that the Swiss challenge system would be used for auction. “The auction for the above accounts is being conducted using the Swiss challenge system, and the winner will be determined based on a current bid in hand.

During the March quarter, banks put up NPAs worth Rs 5,140 crore for sale to ARCs. SBI had placed bad loans worth Rs 1,337 crore up for sale to ARCs as part of this. Padmakumar M Nair, chief general manager at SBI, was named CEO of National ARC on Tuesday as a first step toward establishing the wrong bank.

In the Budget for 2021-22, Finance Minister Nirmala Sitharaman announced the establishment of an asset restructuring corporation to consolidate and take over existing troubled assets of lenders and resolve them.