Skoda Kushaq- A reboot for Skoda 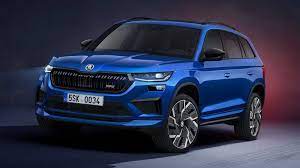 Skoda realises this well and that is the reason they did not attempt to directly take on these SUVs, instead, they created a niche for themselves in the space. It is the first vehicle to be developed under Volkswagen group’s India 2.0 project that was announced in 2018.

Volkswagen has made huge investments of over 1 billion euros from 2019 till 2021 to increase their presence in India, this will be led by the group firm Skoda Auto. The name Kushaq has been derived from the Sanskrit word for king, that is, Kushak, but the last alphabet was replaced by Skoda from ‘K’ to ‘Q’.

It is not as big as Cret, it is shorter in length, but as Creta and Kushaq have a huge presence on the road, Kushaq looks like a raised crossover SUV, from certain angles.