A number of large, small and medium banks have suffered through the slowing economy due to the pandemic induced lockdown. 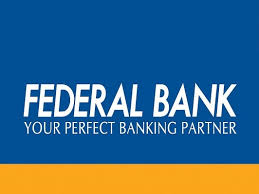 However, it has been especially tough for the latter two categories to seek sustenance while on one hand, the economic growth is negative and on the other in a series of decision in tandem with the Supreme Court of India and the Finance Ministry, The Reserve Bank of India (RBI) has announced “restructuring of loans” along with the moratorium and other similar measures.

Federal Bank has reported a 26% year-on-year (y-o-y) fall in net profit on higher provisioning. It has dropped to a worrisome 308 crores against 417 crores from the previous year.

The Bank stated that it is expecting 2.5-3 per cent of its loan book get recast under the RBI scheme.

“Of the ₹3,500 crores of restructuring, less than a third will be corporate, and the balance will be retail, small business, and commercial loans. The bank has already made a 10% provision in the current quarter,” Shyam Srinivasan, managing director and chief executive, Federal Bank added on an optimistic note in an interview. Currently, the bank’s Gross Non-Performing Assets (NPAs) stand at 2.84 per cent. The same was at 3.07% a year ago.

The bank is anticipating another quarter’s worth activities before Credit starts picking up. Meanwhile, the bank showed an increase of 24% in Gold Loans and 12.3% growth on deposits y-o-y.

The bank’s capital adequacy stood at 14.6% at the end of September 2020. The management said it does not aim to raise capital in the short term.

Reimbursement Of The Compound Interest Has Relieved Many Banks 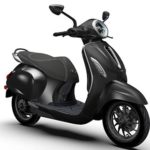 MSME Loan interests have been waived off by the government

Centre to Repay Additional Interest for Moratorium by November 5