Bandhan Bank’s giant leaps into retail lending and evolving as a universal bank. 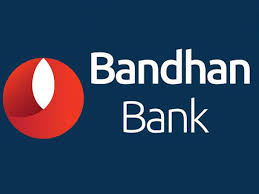 The Bandhan bank has planned to enter the retail lending; it is their first step towards evolving as a universal bank with a 5-year business plan. The Bandhan bank has decided now go all out with car, two-wheeler, consumer durable loans to boost its profile with urban and semi-urban middle-class borrowers.

Change is the only constant thing in nature. Bandhan bank proves this proverb. They have decided to strengthen their 1045 branches to promote retail loan products.

It has geared up with its management and included people who have skills with experience. They recently hired Tata Capital’s former retail asset head, Mr Vineet Tripathi, to drive the new business lines.

The bank has also hired former Bajaj Capital chief executive, Mr Rahul Parikh, as its digital head. The former ICICI Bank executive Kumar Ashish for the “emerging entrepreneurs business” vertical has been considered. This vertical consists of micro-banking, micro home loan and micro-enterprise loans. These are some steps taken by the bank to create a firm base for its management.

Bandhan Bank has disbursed Rs 1600 crore of retail loans in June quarter of 2020. It was around 3.8% of the total disbursement of Rs 42208 crore, followed mainly by gold loans. The Housing loan disbursement was Rs 10643 crore during the same quarter.

Bandhan Bank has diversified its loan portfolio away from MFI (Money Flow Index) as a part of its long-standing portfolio de-risking strategy, given the usual eventualities in the banking and finance sector, product-wise as well as geographically.

The Bandhan bank is now moving towards a considerable change acknowledging that it is high time. It has entered into the retail loan market, and it has changed its management, it has appointed professionals with good experience. This shows that Bandhan bank has prepared itself for a fresh start.

Read: Credit card users will benefit the most from ‘Interest on Interest’ waiver.

Credit card rates as low as 9% for IDFC First Bank?

Consider over again applications looking for cash for crises: HC to PMC Bank