The Reserve Bank of India (RBI) has asked State Bank of India (SBI) to appoint a qualified chartered accountant (CA), with relevant experience, as its chief financial officer (CFO).

At present, SBI does not have a CA in its top ranks — deputy managing director (DMD) or chief general manager. 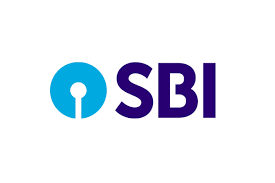 A senior SBI executive said due to the central bank’s directive, the bank has decided to opt for an external candidate and expects to complete the process by the second quarter of this financial year.

Prashant Kumar, a former DMD, was a full-time CFO till he moved to YES Bank as MD and CEO.

The CA must have a minimum of 15 years of post-qualification work experience in overseeing financial operations — preferably accounting and taxation matters, of which 10 years should be in banks or financial institutions, with five years at the senior management level.

The CFO will be appointed on a three-year contract, with annual compensation between Rs 75 lakh and Rs 1 crore, which is much more than even the bank’s chairman.

While the compensation may be less than that of large private banks, it “carries high visibility and provides rich experience”, said an SBI executive.

Meanwhile, the lender announced that it would conduct a virtual meeting of shareholders on June 17, for the election of four directors to its central board.

According to the Securities and Exchange Board of India, annual general meetings can be conducted virtually.

The bank proposes to conduct the election via e-voting, said in a statement. Shareholders will be allowed to cast digital votes, based on the provisions of the SBI Act and SBI General Regulations, 1955.