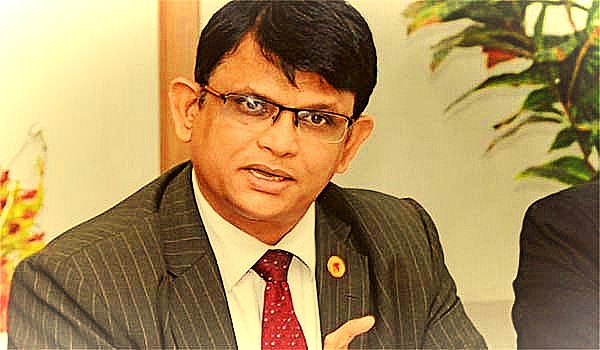 Punjab National Bank (PNB) looks forward to earning a net profit in the current fiscal year, mainly due to its treasury operations, even as it expects the economy to fully recover by January 2021.

“We expect a moderate profit in every quarter of the present fiscal year. The organizational structure post the amalgamation will be effective from July 1 and we will be able to take benefits of a bigger bank from the third and the fourth quarter,” PNB managing director and chief executive officer SS Mallikarjuna Rao said in a press conference on Saturday, a day after results Q4FY20 of the bank.

On April 1, the United Bank of India and Oriental Bank of Commerce the amalgamated into PNB.

The PNB earned in Q4FY20 over Rs 1,100 crore from the treasury operations, due to the least rate of interest in government securities after the Reserve Bank of India decline the policy repo rate, compared to Rs 400-Rs 500 crore it usually earned in the previous quarters of fiscal.

“We will be able to take advantage of the treasury business in the first two quarters of the present financial year, following which the gains might be limited as the rates may firm up, but by then we will be able to do more lending,” CEO Rao said. He added that the PNB expected to earn Rs 1,800 crore from treasury operations in the first half of the current fiscal year. He also added that the state-owned bank would be able to take care of its provisioning needs by the end of the second quarter fiscal year.

The bank’s prime goal in 2020-21 would be to strengthen or improve its balance sheet so that it can create a better case for the amalgamated entity for the next fiscal, too, PNB MD Rao said.

“Originally, we had planned a credit growth of 12 percent before the pandemic had hit. However, the impact can be seen heavily now and we expect the economy to come back only from October 1 in a mild manner and from January 1 (2021) in an effective manner, therefore, the credit growth may be at around 6 percent,” the CEO and MD of PNB said.

About 30 percent of retail and micro, small, and medium enterprises (MSME) borrowers have availed the moratorium on their loan repayments, allowed by the RBI to tide over the impact of the Covid-19 pandemic, the PNB said, adding that it was a “good sign”. This, despite the fact, that the bank had extended the moratorium to all it’s retail and MSME borrowers automatically. However, nearly about 70 percent of such borrowers decided to pay back the loan amount.

The PNB has been passing the benefits and provisions of the moratorium to non-banking financial companies only on a case-to-case basis. 31 have availed the moratorium, Out of 145 NBFC accounts.

The bank could not register a profit in Q4FY20 due to the uncertain situation arising because of the pandemic COVID19 as it could not recover money from big accounts such as Bhushan Power and Steel. The PNB loss before tax stood at Rs 969 crore in Q4FY20, compared to a loss of Rs 7,209 crore in the same quarter last year. The PNB recovered over Rs 10,000 crore from its bad loan accounts in the previous fiscal year. It expects a recovery of Rs 6,000-Rs 8000 crores in the current year.

Nearly about Rs, 2,800 crore-worth borrowings remained standard for the bank in 2019-20 because of RBI’s dispensation to not treat certain stressed accounts as Non-Performing Assets(NPAs). The PNB had to make a provisioning of around Rs 140 crore towards it, which it will also continue to make in the first quarter of this current fiscal year

CEO and MD said that the PNB would take a view on raising capital for the amalgamated entity after the preparation of its opening balance sheet which will be taken up in the next board meeting, scheduled to be held in the up-coming two weeks. “We will assess if we have to go to the government to take the market route. On a standalone basis, PNB is sufficiently capitalized,” PNB CEO Rao added.

The bank’s capital adequacy ratio, considered to be one of the most important key indicators of its health, inched up to 14.14 percent in this quarter, compared to 14.04 percent in the last quarter. The RBI requires banks to maintain the capital adequacy ratio at 11.5 percent. Banks are required to maintain a minimum capital to ensure they do not lend all the funds they receive as deposits and keep a buffer to meet future risks and uncertainties.