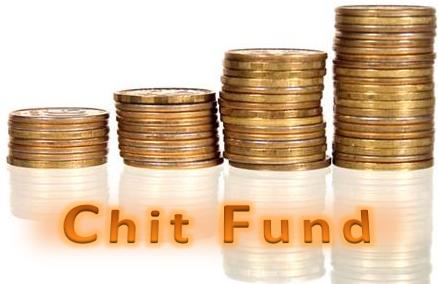 A common debate is Chit Fund Vs Personal Loan. The more you ask people, the more advice they send according to their point of view. And there’s a greater risk here of being lost and losing money on the market.

What is the Chit Fund?

The Chit Fund is a distinctly Indian informal saving and borrowing scheme. The first instance of this term was also observed in the state in the 19th century, most common in Kerala, where it is often referred to as chitty.

A common debate is Chit Fund Vs Personal Loan. The more you ask people, the more advice they send according to their point of view. And there’s a greater risk here of being lost and losing money on the market.

The fund shall commence on the date announced and shall continue for a period of months equal to the number of subscribers. Subscribers bring their monthly installments into the pot every month. Then, to decide the lowest amount a subscriber is willing to take that month, an open auction is held (whereas the surplus is distributed among the rest of the subscribers). The phrase repeats, assigning each month the auction amount to one participant. The monthly installments continue to be paid by all the other subscribers, including those who took their share in the previous month.

Chit funds are a fairly complicated product, as you can see from the above description. Also, you are in competition with the rest of the members for the “chitty” every month. The repayment period and sum depend on the number of members in the Chit fund, unlike a personal loan that comes with a set predictable repayment period.

Depending on the price at which the chitty or chit fund is auctioned in the month that you need it, the personal loan interest rate or cost of capital will be variable. For personal loans, with the rates known upfront, you know exactly what you are getting into. Also, with a wide range of rates starting from 11 percent to 24 percent, personal loans turn out to be cheaper.

The Chit funds are an operation of a closed user community and not open to anyone. They’re not very transparent or uniformly welcoming either. On the other hand, personal loans are available not only from banks but from other NBFCs, including Money View. This wide-scale accessibility, rather than chit funds, make personal loans an easier bet in case of need.

If the previous auction has just taken place, the processing period for a Chit Fund will vary and even go up to a month. On the other hand, there are a lot of brands today that offer a personal loan directly into your account for very fast disbursement. Within 2 minutes, Money View will send you a loan offer and disburse it within a few hours!

Apart from all the above factors, the biggest concern with chit funds, though, is the security aspect. Though Chit Funds are supposed to be licensed and controlled under the Chit Funds Act by the respective State Governments, there are a lot of unregulated funds undertaking the underground operation in 1982. Just type the words “chit fund fraud” and you will be welcomed with a host of examples, the latest being a fraud of chit funds discovered 2 years ago in Kolkata.

Both sides have their Pros and Cons in the Chit Fund Vs Personal Loan. Customers are in charge of what they want. Until investing in either of the two, research the market carefully. The investment should be in accordance with the needs of the person.

Apply here for a personal loan