Diesel Price in Puducherry is ...

Change In Prices of Diesel in Puducherry (Today & Yesterday)

Diesel has proven to be a valuable commodity that can be used for a variety of purposes. It is primarily used by industrial units. Regardless of the volume of consumption, diesel pricing is linked to global factors. As a result, diesel prices in India have surpassed their previous highs. The city of Pondicherry is no exception. Diesel price in Puducherry is unstoppable. They have now reached an agreement on a price of Rs.70.06 per litre. This is comparable to prices in major cities such as Kolkata, Chennai, Mumbai, and Delhi.

Diesel Price in Major Cities of the State

The trend of Diesel Price in Puducherry for March 2021 (rates per litre):

The trend of Diesel Price in Puducherry for February 2021 (rates per litre):

The trend of Diesel Price in Puducherry for January 2021 (rates per litre):

The trend of Diesel Price in Puducherry for December 2020 (rates per litre):

The trend of Diesel Price in Puducherry for November 2020 (rates per litre):

The trend of Diesel Price in Puducherry for October 2020 (rates per litre):

Diesel Price in Puducherry Compared to its Neighbouring States 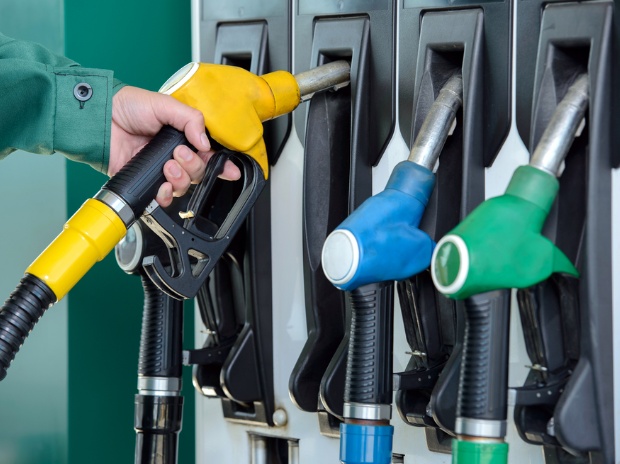 The price of diesel in Pondicherry is rising. However, in comparison to the rest of the country, the prices in this city are lower. While prices in many major metros and cities are approaching – and some have already passed – INR 90 per litre, Pondicherry stands at 71.44 / litre on October 15, 2018. The reason for this is that, while locals are opting for privately owned vehicles, the concept has yet to gain traction.

There is still a high reliance on public transportation, which is considered to be both cheaper and faster. In addition, the state’s VAT rate is lower when compared to other states. Third, while the influx of tourists raises the price, the total demand is low in comparison to other cities and states in India due to the city’s small size. Nonetheless, the price of diesel in Pondicherry has been steadily rising.

How often Diesel Rates are Revised in Puducherry

Yesterday, the price of a litre of diesel was Rs.69.81. It is currently Rs.70.06 per litre. There has been a 25-paise price increase. Tomorrow’s price may rise by 30 pence per litre. It’s a clear sign of dynamic fuel pricing. Fuel companies are required by dynamic fuel pricing to reset fuel prices every day in order to keep up with crude oil costs. It is a common fuel revision practice that is also used in Australia, Japan, and other countries. The practise grew in popularity on a global scale.

Although there are numerous factors that influence the price of diesel in Pondicherry, the following are the most important ones:

GST is a current tax system, as we all know. Every customer is required to pay GST. Currently, diesel purchasers do not have to pay GST. Prices for all types of services and goods were revised following the implementation of GST. Pondicherry’s diesel rate has not been revised. It was due to the exclusion of diesel from GST. The implementation of GST on diesel will reduce fuel prices by Rs.24-30 per litre while increasing compliance costs by 100%. As a result, it must be implemented prudently in order to preserve the Central Government’s revenue.

How are Diesel Prices in Puducherry Responding to GST?

Fuel has yet to be included in the scope of GST. Many argue that keeping the traditional taxation system of levying sales tax and VAT on the price of gasoline raises the already high price even further. The addition of a road cess of INR 8 per litre has increased the tax burden. Furthermore, because VAT is levied by the state government, there are wide variations in petrol prices across the country.

Despite significant reductions in excise duty, taxes still account for nearly half of the cost of gasoline. Because of these factors, many people have demanded that petrol and fuel be brought under the purview of GST, which will make the tax uniform. According to rumours, the highest GST slab of 28 per cent will be applied to fuel an increase in state-levied VAT.

On the international front, Brent crude oil futures have fallen by 55 cents, or 0.2%, since their last close. Brent crude was trading at 67.01 dollars per barrel following the price drop. The drop in international crude oil prices was attributed to fears that the economic downturn would have a negative impact on fuel consumption. It should be noted that since the beginning of the year, the prices of petrol and diesel in the country have risen by about Rs.4 and Rs.5, respectively.

Here’s some good news for people who live in the country’s major cities. Diesel and gasoline prices have been reduced in all of these cities. While the price of petrol in New Delhi has dropped by 21 paise per litre, the price of diesel has dropped by 11 paise. As a result, petrol is now sold at Rs.82.62 per litre and diesel at Rs.75.58 per litre. Fuel prices have been reduced in Kolkata, Chennai, and Mumbai as well. This means that the new retail price of petrol and diesel in Kolkata is Rs.84.44 and Rs.77.54 per litre, respectively.

✅ What is the diesel price in Pondicherry?

The diesel price in Pondicherry is ... per Litre.

✅ What is the petrol price in Pondicherry?

The petrol price in Pondicherry is ... per Litre.

✅ Why is there a difference in price between petrol and diesel?

Because diesel fuel is heavier and less volatile than gasoline, it is easier to refine from crude oil. As a result, in most countries around the world, diesel is less expensive than gasoline.