Indians have a relationship with gold that goes way back. It is this gold that they always prefer to invest in and consider it as the safest investment because they can pledge it whenever and obtain money immediately at times of emergency. From all the reasons mentioned above, we can understand the mindset of people in Thane when it comes to gold.

Gold is known to be a precious metal. It is one of the most consumed materials in Thane and not just limiting to Thane but by people all over India. The prices of gold in Thane are decided by the recent international trends in various sectors.

The gold rate in Thane are dynamic, and this is because it is not just one specific factor that is considered when deciding the price of the gold, but a lot of factors.  People in Thane purchase gold only in the form of jewellery or ornaments. This precious metal is traded as a commodity in various exchanges such as MCX, NCDEX AND NSEL.

Indians are used to pledging gold and taking money even before it became institutionalized. Gold is the major investment portfolio for customers of Thane who are looking for a longer return on the metal.

The deciding of gold rate in Thane on that particular date are done after a careful analysis of various international trends and is affected by a variety of factors and not just one. It could be the festival seasons, the value of the Indian currency, the market as a whole and so on. The people of Thane usually purchase gold as jewellery or ornaments that could be worn; most people purchase gold to wear it for most occasions.

How do Gold Traders Determine Future Gold Prices in Thane?

There are different factors that lead to variations in the gold rate in Thane. However, there are some criteria that investors make sure that they have filled in order to make future predictions. They are:

Impact of GST on Gold Rate in Thane

There has been a lot of ebbs and flow in the gold rate, especially after the enactment of Goods and Service Tax (GST) in India. Along with international trends, the advent of GST has also reflected on the gold rate in Thane as well.

Gold as an Investment in Thane

Many stores are present in Thane, where you could find genuine gold jewellery to purchase. However, before purchasing gold in today’s world, an individual has to do some research; it could be done by checking websites online or the newspapers for recent updates on gold rates. The gold rate in Thane keeps varying on a day to day basis. Hence it is very important to check them every day before deciding on purchasing.

If you have chosen a place and bought the jewellery, make sure that you get a purity certificate for the gold that you have bought. This is to double-check if the money that you have invested is worth it.

How Can You Make Gold Investments in Thane

There are a number of ways in which one can invest in gold. It can be done in the form of gold coins or jewellery. The below-mentioned factors are some of the investment opportunities:

Gold Schemes To Invest in Thane

The whole purpose of schemes is for saving gold which could be used by many who want to be saving money for life’s other expenses. Plenty of schemes available in the market in Thane that would help you to purchase gold.

There are plenty of discounts on the making charges that are existent when purchasing gold. However, there is never gold that is bought with completely no making charges paid. Do check out different price schemes in Thane.

Things to Consider Before Buying Gold Jewelry in Thane

The prices of gold are influenced by many factors, so when you buy gold, make sure it fits in all of the categories mentioned below.

The factors that influence the gold rate in Thane are:

KDM and Hallmarked Gold in Thane

Hallmark – is defined as jewellery that comes with a certificate of quality of the internationally set standards of purity set by the Bureau of Indian Standards.

KDM – is an alloy that is formed by mixing 92% of gold with 8% of cadmium. There are two metals that are gold and solder material which has different melting points, which is why cadmium is added to the mixture and is therefore called KDM.

In India, 22 carats is called 916 gold. One of high purity comes with a quality certificate and is considered to be one of the best quality. The prices of gold in Thane is majorly affected by the rate of import duty. The lower the import duty, the higher the rate of gold being sold in Thane and vice-versa. The gold rate in Thane would also suddenly decrease if the government charges a lesser import tariff.

People who are planning on investing money in purchasing gold should thoroughly check all the options. It would be better if they first check online about the various gold shops and rates and even the newspaper for the latest trend in rates. There are various shops to sell gold all around Thane and in most parts of the city. Although this metal could be bought from any place, the current place having the best rates. 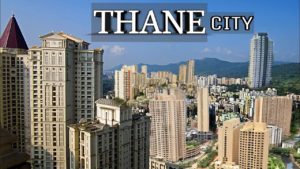 Buying a Gold Loan in Thane

Availing of a gold loan is a simple process, provided you have the required gold as well as the documents. And you have to make sure you are in a position to give reassurance to the gold insurers.

There needs to be consistency with the way you pay your interest amount on a monthly basis. If not, then the gold loan lenders have all the rights to take complete ownership of your gold and do whatever they want with it, which mostly includes auctioning it for a higher amount.

Gold loans are typically availed for a tenure of 11 months, but there are other banks that offer different and even longer loan tenures. But, the maximum loan tenure for a gold loan as of now is 36 months which is exactly 3 years.

There has been a burglary in a jewellery shop which is situated in Thane’s Shivaji Nagar. It is believed that up to 3 kgs of gold have been stolen from a store named Warimata Gold. The incident was to say to have taken place in the wee hours is somewhere between 2 to 2:30 am.

Roughly, two months before this incident had taken place, a man who was believed to have belonged to someplace outside Maharashtra had offered Rs. 28,000 to rent a store next to Warimata Gold. The shop tenant mentioned that he had a fruit business. What has actually happened is the shop tenant had pretended to be a fruit-seller for 2 months to get to know the activities and timings of the people, and later looted the gold and money and ran away.

A gold leaf with an image of Lord Ganesh embossed on it was returned to the railway police to a Thane woman who had lost it during train travel in the year 2005. The weight of the gold leaf was 5.80mm and was bought at Rs. 400 but now its value is Rs. 25,000. The woman had also added to this that the sentimental value of the good-luck charm this leaf has in her life is higher than all of that.

✅ What is the gold rate in Thane for 916 hallmark gold?

✅ What is the price of 1 gram of gold in Thane today?

✅ How is today’s gold rate in Thane 916 determined?

Thane is a city that is just outside Mumbai, in Maharashtra. It is often known as the ‘City of Lakes, and it has more than 30 lakes include tree-lined Upvan Lake, which is known as a popular recreational spot. Apart from the Talao Pali Lake, Kopineshwar Mandir is the oldest domed Hindu temple which is dedicated to Lord Shiva.